Survey: Consumers Don't Get IoT, But They Will - InformationWeek

50%
Tweet
The value of the "Internet of Things" is mostly lost on consumers. Here's how companies selling IoT and wearables can win them over.

Everyday folks don't see what all the fuss is about the Internet of Things. In fact, more than four out of five have never even heard of it, a recent survey finds.

Such perception is important because the IoT market will need consumer buy-in to make its way into our homes and cars and onto our bodies in a significant way. At the moment, consumers aren't buying IoT -- but that will change over the next few years.

At least that's the conclusion of a survey of 2,000 US consumers about their perceptions of IoT, wearables, and in-home smart devices conducted by Acquity, an e-commerce and marketing consulting firm owned by Accenture.

Indeed, IoT devices are at a consumer standstill, with adoption rates in the single digits. But IoT will grow gradually the next two years and hit widespread adoption over the next five years among consumers, predicts the Acquity report, "The Internet of Things: The Future of Consumer Adoption."

As a technologist you might be sick of hearing about IoT, but 87% of respondents hadn't heard of the term "Internet of Things" before the survey. Sixty-four percent say the reason they haven't purchased an in-home IoT device is because they were not aware that smart fridges and smoke detectors are even available for purchase; 40% didn't know that wearable technology was available.

Lack of perceived value of IoT and wearables was the top barrier to mass adoption, according to the survey. Additionally, a quarter of respondents had "concerns with privacy," not a surprise given recent data breaches at retailers Target and Home Depot. 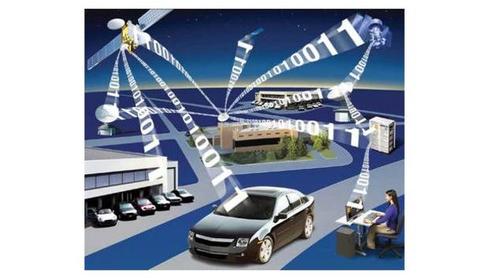 With consumers either skeptical or uninformed about IoT, companies trying to sell IoT devices will need some ingenuity to convince consumers. Here are four tips from the Acquity report.

1. Accentuate the incentives
While survey respondents are wary of IoT and wearables, they did list some benefits they'd like to see. Companies planning to sell smart technology need to laser-focus on perks such as:

2. Let shoppers see the smart machines
Seventy-one percent of survey respondents said they'd buy a smart refrigerator instead of the standard model, and 76% would purchase a smart smoke or CO2 detector if the products were offered at the store.

"This suggests that point-of-sale information from sales associates and promotions could be effective ways for retailers to increase sales of connected technology," the report states.

3. Focus on safety over novelty
Although 23% of people have concerns with the price of in-home devices and 19% have concerns with wearables' prices, most said they'll pay a premium for connected technology such as a smart smoke alarm if it makes them feel safer.

Forty percent of consumers would share data from their wearable devices with retailers or brands in exchange for coupons, discounts, or helpful information, compared to only 9% who would do so without incentives.

Asked what it would take to share data via smart technology in a car -- a place most consumers would deem private -- and the lure of incentives is on full display. Sixty percent of consumers would share car data with the manufacturer in exchange for a free maintenance session, and roughly half would share data if the manufacturer sent smartphone reminders for maintenance and checkups or info on where to get the least-expensive gas along a person's route.

The report's big takeaway is that to win our fickle hearts and wallets, companies selling IoT devices must constantly reward us with information and discounts that make our lives better. Only then will they get our precious data.

Shane O'Neill is Managing Editor for InformationWeek. Prior to joining InformationWeek, he served in various roles at CIO.com, most notably as assistant managing editor and senior writer covering Microsoft. He has also been an editor and writer at eWeek and TechTarget. ... View Full Bio
We welcome your comments on this topic on our social media channels, or [contact us directly] with questions about the site.
Comment  |
Email This  |
Print  |
RSS
More Insights
Webcasts
Chatbots for the Enterprise
5 Steps to Integrate SAST into the DevSecOps Pipeline
More Webcasts
White Papers
eSentire Annual Threat Intelligence Report: 2019 Perspectives and 2020 Predictions
Securing Real-Time Communications for Dummies Book
More White Papers
Reports
eSentire Annual Threat Intelligence Report: 2019 Perspectives and 2020 Predictions
How Enterprises Are Developing and Maintaining Secure Applications
More Reports


Everyday folks don't see what all the fuss is about the Internet of Things. In fact, more than four out of five have never even heard of it

@Shane    I am really glad to hear someone mention this.  We have been taking more and more about IoT in tech circles, but does the consumer think about it as we do ?    Of course not, and it turns out they don't think about it at all.  At least 4 out of 5 apparently don't.


Which should serve as a lesson to the industry  - major shifts like these take time and considerable education.  Nothing new here acutally but it looks like the latter is losing ground.


People in general do not think of their devices as anymore than interesting gadgets that make life a little easier.   The scope of IoT is probably never going to be something the consumer really cares about.

Not only that, Lorna, but I have a feeling these numbers are fudged a bit. I highly doubt that if you told consumers that a smart fridge will cost them between 10 and 20% more that you would get over 70% of consumers saying they would buy one. How do I come to this conclusion? They are already available and being advertised and much like 3D TVs, not many are buying.

Until they can get the costs reduced and the privacy issues resolved, I think trying to sell IoT to consumers is a lost cause. Sell it to businesses where it will be most useful and where people can actually see some return on the investment.

I don't have a need for wearables and obviously neither does over 75% of the population. This isn't so much a tech that makes lives considerably better (with a few rare exceptions, less than 5% of the population) - it's tech for the sake of tech, which is always a bad idea.
Reply  |  Post Message  |  Messages List  |  Start a Board

A lot of respondents in the survey weren't familiar with the term IoT itself, but still understood wearable devices, connected cars, smart in-home devices enough to make judgments on what they want from them and what they're willing to pay.
Reply  |  Post Message  |  Messages List  |  Start a Board

@ Ariella.  There is a lot of resistance now, but if IoT companies really work hard on the suggestions mentioned.  IoT devices will be closer than we think.  I think the toughest issue will be how to convince the general population that these devices will add value to their lives?
Reply  |  Post Message  |  Messages List  |  Start a Board

If people don't know what IoT is or entails, how can they answer whether they'd be willing to pay more for an enabled device?
Reply  |  Post Message  |  Messages List  |  Start a Board

Resistance is futile. We will all be assimiliated into IoT
Reply  |  Post Message  |  Messages List  |  Start a Board
Editors' Choice
Hot Topics