50%
Tweet
Apple is about to unveil the next iPhone. Press invitations to Wednesday's announcement have gone out, and soon all the rumors will be put to rest. The invitation itself seems to confirm once and for all at least one fact: the name of the phone. The number 12--for the Sept. 12 date of the announcement--casts a shadow in the shape of a five, and the invitation teases, "It's almost here". What else could "it" be but Apple's new flagship product, the iPhone 5? Unlike in years past when we w 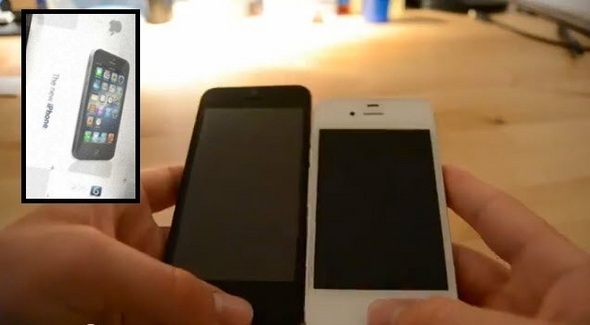 It's said the iPhone 5 screen will be almost four inches, with a resolution of 640 pixels by 1136 pixels. This is very close to a 16:9 aspect ratio. This would be the first time Apple has changed the screen size of its handset, but it might be a necessary move due to the competition.

Several leaks about the bigger screen size have confirmed each other. Note the inset picture above. The changed aspect ratio of the screen means that there is more vertical space in portrait mode than in previous iPhones. One predicted outcome is that Apple will add another row of icons to the home screen. The inset shows one more row than on current iPhones.

More Informa Tech Live Events
The Best Ways to Stop Malware and Ransomware That No One Else Will Tell YouEffective Cyber Risk Assessment and MeasurementNetwork Security: The Attacker's Point of View