USB hardware is insecure and there's no effective defense, a pair of security researchers claim.

In a coming presentation at Black Hat USA 2014, Karsten Nohl and Jacob Lell plan to demonstrate a proof-of-concept attack on USB devices they're calling BadUSB.

The researchers, who work with Security Research Labs in Berlin, claim that USB devices can easily be reprogrammed to execute malware.

Such compromised devices "can emulate a keyboard and issue commands on behalf of the logged-in user, for example to exfiltrate files or install malware," the pair explained in a blog post. They also can pretend to be a network card and reroute network traffic by altering DNS settings. Or they can detect when an attached computer begins to boot up and install a virus before the operating system loads, thereby infecting an existing operating system or one that has been newly installed; this nullifies a standard defense against malware -- reinstallation of the operating system. The attack can even rewrite a computer's BIOS, offering another way to preempt security measures implemented in the operating system.

[Smartphones take on yet another job. Read Hilton Turns Smartphones Into Room Keys.]

Beyond avoiding untrusted USB devices, there appears to be very little that can be done at present to mitigate this risk.

"No effective defenses from USB attacks are known," the pair states. "Malware scanners cannot access the firmware running on USB devices. USB firewalls that block certain device classes do not (yet) exist."

The threat looks to be theoretical, at least for a while. 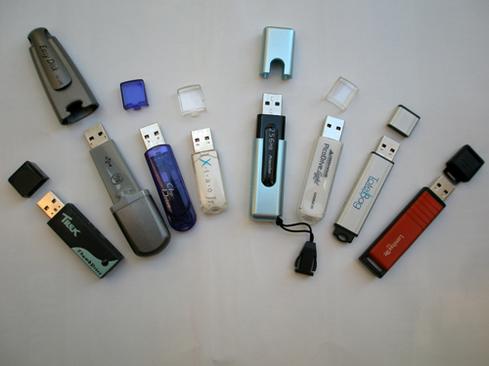 "Fortunately, this type of attack has not been observed 'in the wild' yet," said Nohl in an email. "It would appear to only be a matter of time until we see actual abuse given the high gains and relatively low effort to implement such attacks."

However, the NSA, and presumably other intelligence agencies, have long been aware that USB hardware and connectors provide a path to compromising a target device. The NSA's Tailored Access Operations (TAO) group's implant catalog, leaked by Edward Snowden, contains three versions of a tool called Cottonmouth, a hacked USB connector that can send and receive data -- or exploit code -- wirelessly.

If Nohl and Lell succeed in demonstrating software to subvert USB devices, we might see more compromised USB devices. But untrusted hardware has long been a potential risk; the researchers' findings should underscore that fact. The upside for intelligence agencies is that henceforth they might be able to simply reprogram USB devices instead of rewiring them -- if they weren't already aware of this vulnerability.

A spokesperson for the USB Implementers Forum (USB-IF), the standards organization that develops and promotes USB specifications, said in an email that the group does not produce devices and cannot speak for specific manufacturers.

The USB-IF spokesperson added that USB specifications support additional security, but equipment makers decide whether to implement these capabilities, which would entail greater cost.

Thomas Claburn has been writing about business and technology since 1996, for publications such as New Architect, PC Computing, InformationWeek, Salon, Wired, and Ziff Davis Smart Business. Before that, he worked in film and television, having earned a not particularly useful ... View Full Bio
We welcome your comments on this topic on our social media channels, or [contact us directly] with questions about the site.
Comment  |
Email This  |
Print  |
RSS
More Insights
Webcasts
Monitoring Critical Cloud Workloads
Disaster Recovery/Business Continuity in the New Normal
More Webcasts
White Papers
Three Secrets to Stopping Ransomware Cold
The State of Zero-trust Security Strategies
More White Papers
Reports
A Practical Guide to Enabling 5G Deployments
Gartner Market Guide for Insider Risk Management Solutions
More Reports

well clearly there's something wrong with the way USB devices are set up if they can be reprogrammed to overwrite the operating system or BIOS when inserted.

@Thomas: most people I know who work outside of tech wouldn't think twice about sticking a USB they found into their computer, espeically if it was one handed out as, say, a promotional item somewhere. Education is sorely lacking on this topic.
Reply  |  Post Message  |  Messages List  |  Start a Board

@CitizenT138: "If you want something to keep you up at night, consider that every DAY there are between 20K and 30K new pieces of malware released into the wild."

Yikes, thanks. Your mission is accomplished.

Your advice is completely sound and about the best that any of can hope for in trying to avoid hackers who are way ahead of most home and business and even enterprise-scale efforts. Research I've seen generally indicated that plain old human error on the part of well-meaning employees is as big a danger to enterprise systems as anything else.

Yet most companies do very little to educate their employees about safe practices when it comes to using hardward and software (and clicking on those links!).

The Department of Defense tried imposing an absolute ban on USB removable storage a few years ago but eventually wound up allowing exceptions selectively. USBs were apparently a factor in the Edward Snowden leak scandal as well. One challenge: USB has become the standard interface for connecting all sorts of gadgets to a PC, including keyboard and mouse. Maintaining an absolute ban might make a lot of sense -- except that it's impossible to maintain.
Reply  |  Post Message  |  Messages List  |  Start a Board

I wonder what percentage of people insert thumb drives they find somewhere? Just leaving compromised USB sticks in hotels and in bars is probably a very efficient way to create a botnet.
Reply  |  Post Message  |  Messages List  |  Start a Board
InformationWeek Is Getting an Upgrade!