Verizon iPhone Could Have Been A 'World Phone' - InformationWeek

50%
Tweet
Tear downs of the Verizon iPhone 4 have revealed a dual-mode CDMA/GSM cellular radio inside, indicating that the Apple smartphone could be used both in the U.S. and other countries. 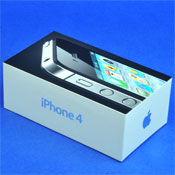 UBM TechInsights has taken the Verizon iPhone 4 apart to see what makes it different from the AT&T version. TechInsights has found several interesting and surprising variations between the two devices.

First and foremost, the Verizon iPhone uses the Qualcomm MDM6600 baseband processor, which is a multi-mode chip that supports GSM/GPRS/EDGE, CDMA, HSDPA and HSPA+, as well as EV-DO. Apple also appears to have taken out the GPS module it uses in the GSM iPhone 4, and is instead using the MDM6600 to provide location functionality. TechInsights speculates that this could have helped reduce the cost of bill-of-materials for the CDMA iPhone.

Since Verizon's CDMA network differs from AT&T's GSM network, Apple also redesigned the iPhone's antenna band, which wraps around the sides of the iPhone. Right now, it isn't known if one antenna actually performs better than the other. Apple also deleted the SIM card slot, which is required for a device to operate on the GSM network run by AT&T.

One of the key differences between AT&T's and Verizon Wireless's networks is the radio technology used by the two companies. AT&T uses the more widely available GSM architecture and Verizon Wireless uses CDMA, which is limited in terms of compatibility with networks outside the U.S. Both have their own pros and cons. GSM, for example, permits voice and data to function simultaneously, while CDMA offers more robust voice connectivity to the network.

The iPhone, iPhone 3G, iPhone 3GS, and iPhone 4 all use GSM radio technology. Since GSM is more prevalent around the world, this gave Apple the widest possible market for the devices at launch. This is a strategy that has payed off for Apple, which has sold millions of iPhones.

But this strategy has prevented the iPhone from working on Verizon Wireless's network.

Before Apple and Verizon announced the CDMA iPhone 4, there was speculation (nee, hope) that it would be a "world phone" -- meaning it could access Verizon's CDMA network here in the U.S., as well as the GSM/HSPA networks in Europe, Asia, and other regions. A number of Verizon's smartphones, such as the Motorola Droid Pro and BlackBerry Storm 2, have this feature. By making a single world phone, Apple could have reduced manufacturing costs by offering a single device that is compatible with nearly every radio technology everywhere. The MDM6600 would have allowed it to do this.

Apple could have made this choice for any number of reasons. First, perhaps agreements it has in place with AT&T and Verizon Wireless prevent such an iPhone from existing right now. Maybe engineering challenges persist, such as battery life or size requirements (I have yet to meet a dainty CDMA/GSM world phone). It's possible that Apple will never offer a CDMA/GSM world phone. Verizon Wireless is in the middle of deploying its LTE 4G network. The next iPhone for Verizon will surely include LTE. While multi-modal chips that support CDMA/GSM/LTE exist, I don't see Apple taking that route. It wouldn't make sense for Apple to intro a CDMA/GSM world phone now, only to delete GSM support in favor of LTE down the line.

AT&T is also prepared to debut its LTE network later this year. Apple will release the fifth variation of the iPhone in either June or July. If Apple doesn't add LTE to the next-generation iPhone, it would be a bit of a shocker. Making a single device that can handle all these different networking technologies -- not to mention all the radio frequencies -- could simply be asking too much of any handset maker.

Despite the desire for a single iPhone that can work anywhere, U.S. customers are going to have to get used to the idea of two different models -- one for AT&T and one for Verizon Wireless.