What Would an Apple Watch Do? - InformationWeek

50%
Tweet
The iWatch, or whatever Apple would call its "watch-like device," had better do something really clever and useful. The Dick Tracy watch has been attempted and laughed off the market before. Surely Apple is thinking of what to do beyond the phone and tablet, but it has to be better than this.

The Wall Street Journal and The New York Times reported Sunday that Apple is working on a "watch-like device" that would "perform some functions of a smartphone."

In terms of description, that's about as far as it goes for the WSJ article. The article says what is obvious, that it would work with other Apple devices, and discusses other "wearable technology" and devices manufactured at Chinese manufacturing giant Foxconn, with which Apple has discussed the device, according to the WSJ. The NYT article adds that it has "curved glass."

This specific story is not new. Rumors from less reputable sources appeared in December. 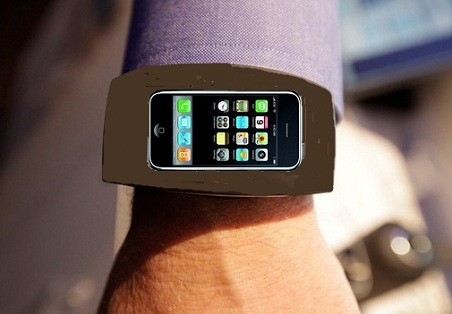 The lack of detail raises the question of what such a device would do. Why would you want one? Will there be a diminutive ladies version?

The screen on any wrist-based device would be too small to show much or provide much touch interaction, so it's a reasonable guess that a voice interface would be provided. But what would it do? It could be a mostly voice-controlled phone. It could be a GPS, but the screen would be too small for useful maps, so it could only do voice output, i.e. Siri telling you to turn left, etc. None of this seems all that compelling to me.

Either I lack Apple's imagination or Apple does. The company is still the big cheese in the tablet world and perhaps the most important player in the mobile phones, at least in the U.S. What next? Nobody else has come up with a compelling new consumer electronics device. Maybe even Apple can't do it anymore.

We welcome your comments on this topic on our social media channels, or [contact us directly] with questions about the site.
Comment  |
Email This  |
Print  |
RSS
More Insights
Webcasts
How to Effectively Analyze Security Data
Building a Strategy for Detection and Response
More Webcasts
White Papers
Crack Down on Password Sharing with IP Intelligence and Human Insight
SANS 2020 Cyber Threat Intelligence Survey Results
More White Papers
Reports
2020 Cybersecurity Outlook Report
How Enterprises Are Developing and Maintaining Secure Applications
More Reports