WileyFox is offering highly-customizable smartphones -- Swift and Storm -- with high-quality materials as the worldwide smartphone market slows down.

Featuring AudioFX for enhanced music quality and LiveDisplay for improved screen performance, the Storm, available only in the UK so far, comes with a 20-megapixel camera and an 8-megapixel front camera and boasts a 5.5-inch full HD (FHD) in-plane switching (IPS) display, dual SIM functionality, expandable memory up to 128 GB, and 4G LTE connectivity.

Available for about $313 (£199), the flagship Strom is complimented by the lower-priced Swift, which features a quad-core Snapdragon 410 processor and 13-megapixel camera.

The Swift retails for just over $200 (£129) and features a 5-inch HD Corning Gorilla Glass 3 IPS Display and expandable memory of up to 32GB. 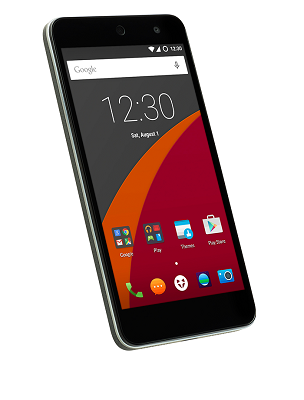 The level of customization available on the Cyanogen OS goes beyond wallpaper and fonts to enable incredibly deep levels of customization. This runs from icons to boot animations, to lock screens, to software control for the camera and caller ID included in Truecaller Integrated Dialer.

Meanwhile, Privacy Guard helps users understand exactly what the device is revealing to the world, while PIN Scramble randomizes the numbers behind the user's password every time. The Protected Apps also lets users secure selected apps inside secure and lockable folders on the home screen.

The two WileyFox handsets, which are part of a series of low-cost alternatives that have shown up in the last few months -- including the OnePlus 2 from China -- arrive as the worldwide market for smartphones shows signs of slowing down, according to a report from IDC.

Apple iOS shipments meanwhile are expected to grow from 192.7 million in 2014 to 269.6 million in 2019. The report noted that markets with the biggest growth opportunity are extremely price sensitive, which could spell trouble for growth in Apple's premium-priced products.

Thanks to Apple's success with the iPhone 6 and iPhone 6 Plus, which both boast larger screens closer in size to its popular Android rivals, smartphones with 5.5- to 7-inch screens -- commonly known as phablets -- are expected to continue to drive shipment volumes in both emerging and developed markets.

[Read more about the phablet market.]

The report projected that devices featuring display sizes from 5.5-inches to 6-inches would grow 84% in 2015 compared to last year, while phablets overall are expected make up over 71% of shipments by 2019.

"Since Apple finally delivered a larger screen smartphone with the iPhone 6+, the demand for large screened devices among consumers has been at a record high," Anthony Scarsella, research manager with IDC's Mobile Phones team, wrote in an Aug. 25 statement.

Nathan Eddy is a freelance writer for InformationWeek. He has written for Popular Mechanics, Sales & Marketing Management Magazine, FierceMarkets, and CRN, among others. In 2012 he made his first documentary film, The Absent Column. He currently lives in Berlin. View Full Bio
We welcome your comments on this topic on our social media channels, or [contact us directly] with questions about the site.
Comment  |
Email This  |
Print  |
RSS
More Insights
Webcasts
How the Rapid Shift to Remote Work Impacted IT Complexity and Post-Pandemic Security Priorities
Managing a Hybrid Cloud Infrastructure
More Webcasts
White Papers
Cybersecurity Expertise Retainer Datasheet
5 Steps to Perimeter-Less Security: Adopting a Zero-Trust Model
More White Papers
Reports
We Need Your Input: Trends in Workforce Optimization
Tech Insights: Detecting and Preventing Insider Data Leaks
More Reports