Sales of Lumia smartphones crashed and burned during the first quarter of the year, according to Microsoft's latest financial results released this week. The collapse is leading to questions about Windows 10 Mobile's future.

Finding the silver lining with respect to Windows 10 Mobile in Microsoft's third fiscal quarter earnings is a difficult task. The company saw sales of its Lumia-branded handsets tank as fewer and fewer people believe in the promise of Windows on mobile phones.

This trend is headed in the wrong direction.

The poor showing is made more eye-popping when you consider that Microsoft launched two flagship devices, the Lumia 950 and 950 XL, toward the end of 2015. The company has since debuted an entry-level smartphone, the Lumia 550, and a mid-range model, the Lumia 640. These phones are not finding any traction with buyers. 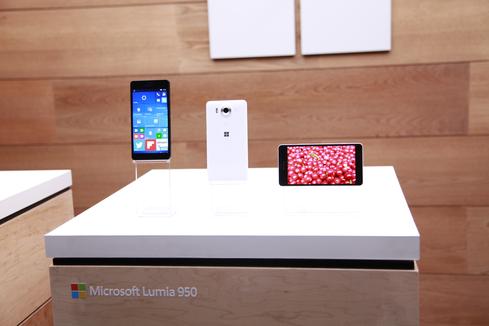 Microsoft's distribution model doesn't help. AT&T is selling the Lumia 950, but no carriers are selling the Lumia 950 XL. AT&T-owned Cricket Wireless plans to sell the Lumia 650 in early May. The Lumia 550 is only available online. Without robust carrier support, the platform doesn't have a lot of visibility.

Since Windows Phone arrived in 2010, the platform has shipped on a total of about 115 million phone. During that same period, Apple and Google have shipped 4.5 billion iPhones and Androids.

IDC believes Apple and Google will continue to dominate the smartphone market for the foreseeable future. Apple will maintain its grip on 15% of the market, while Google will own the lion's share with about 83% of the market. Microsoft's Windows 10 platform will hover around 1% over the next few years. BlackBerry OS is all but extinct.

Some believe a Surface Phone -- from the same team that developed Microsoft's popular tablets -- will help. The device, still just a rumor floating around the Internet, may arrive by the end of 2016 with more appealing hardware.

Microsoft's problem, however, is not the hardware.

Redmond has done a great job redefining its software and cloud services over the last few years. It makes excellent productivity tools for Windows, Android, and iOS machines. Windows 10, part of Microsoft's vision for the future, is installed on about 270 million devices, according to CEO Satya Nadella. The company's goal is to see Windows 10 on 1 billion devices. It has a long way to go.

"In this world, what matters most is the mobility of a person's experience, not any one single device," said Nadella during the company's call with media. Windows 10, universal apps, Office 365, Cortana, bots, and Skype are all primed to help Microsoft mobilize people -- but apparently not on Windows phones.