WWDC: Apple's Opportunity To Open Up To Keep Up - InformationWeek

Apple's Worldwide Developer Conference kicks off next week. While the company will likely introduce new products, what it really needs is a new attitude.

When the Apple Worldwide Developer Conference opens next week, the company will have something to prove. As of Friday, June 3, company's stock slipped below $100 per share, down from $130 per share a year ago, following a reduced projection from Goldman Sachs.

Smartphones sales, a major source of Apple revenue, are expected to slow down. Gartner in March predicted global smartphone shipment growth will be 7% in 2016, down from 9.7% in 2015. The firm also anticipates that global shipments of devices overall (PCs, smartphones, and tablets) will remain flat (at a 0.6% increase) while end-user spending in constant US dollars will decline 1.6%.

In April, Apple posted its first quarterly revenue decline since 2003. There's a sense that the Apple Watch has not lived up to expectations, despite selling an estimated 12 million units during its first year and capturing 61% of global smartwatch sales in 2015, according to IDC.

The situation for Apple is far from the disaster some reports have depicted. Apple remains hugely profitable and popular. Other companies should be so lucky as to have its troubles.

Yet Apple cannot afford to rest on its laurels. Despite healthy revenue, its product line is stale and its ability to innovate doesn't appear to be keeping pace with its rivals. Consider what Google and Levi's are doing with Project Jacquard, or any of Google's (Alphabet's) many moonshots.

Computers however aren't where Apple makes its money these days. The iPhone needs a new coat of paint too. Last September, Apple CEO Tim Cook insisted there was a significant difference between last year's model, the iPhone 6S, and its 2014 ancestor, the iPhone 6. "While they may look familiar, we have changed everything about these new iPhones," he said. At least this year's iPhone is expected to get a new number to match its new form rather than an appended "S." 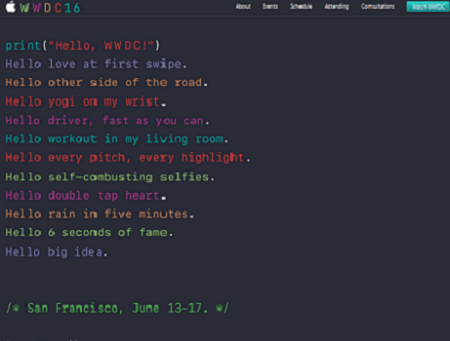 With luck, Apple's next iPhone will include some of the innovations that have surfaced in Android phones like waterproofing, wireless charging, and expandable storage. But the iPhone 7 is expected to include at least one design improvement that favors form at the expense of functionality. Apple is expected to remove the 3.5mm audio headphone jack, thereby requiring headphones to connect via the Lightning port or Bluetooth. Apple controls the Lightning specification so headphone makers will probably have to pay Apple for a license, a cost that will ultimately be passed on to consumers.

Removing the uncontrolled audio jack also deprives developers of a port that's outside of Apple's control. While that may make sense financially, it's yet one more strike against the notion of permissionless innovation.

Apple's insistence on control has some benefits, as can be seen from Google's effort to make its Android partners distribute updates in a more timely manner. But its oversight can become capricious. It limits Apple's platforms at a time when working with third-parties has become critical. What Apple needs more than refreshed hardware is a more accommodating attitude toward customers, developers, and partners. Apple needs to loosen up and open up.

Apple should get out of the censorship business and approve apps based on technical merits and legal compliance rather than rejecting apps like Drone Strike Alert because it finds the content objectionable (a euphemism for politically challenging). The company's recent decision to reconsider its rejection of Lilya shows it pays attention to controversy. It would do better to avoid aesthetic judgements entirely, even if that meant seeing games about oppressed factory workers in the App Store. Google Play strikes a more reasonable balance with its rules.

Also, Apple should license third-party app stores or go so far as to trust its users enough to allow them to sideload iOS apps. Some competition might just be the incentive Apple needs to improve App Store search, a source of developer frustration. (If Apple could bring itself to separate its iOS App Store from the unwieldy iTunes, there would be celebrations around the globe.)

Apple's insistence on control appears to be hindering HomeKit adoption. The company requires that device makers buy and use a proprietary chip. Apple is not be alone in trying to extract revenue from partners, with Intel and Alphabet's Nest (headed by former Apple executive Tony Fadell) also imposing fees on IoT device makers. But looking at the progress made by Samsung's SmartThings and at Google's decision to open-source Thread, its IoT networking protocol, it's difficult to see how Apple's business-as-usual approach makes it a more appealing partner.

Time Is Ripe for Openness

Apple should continue in this direction. Its handling of Swift, which should reach version 3.0 this year, shows Apple can be open when it has to be. But it needs to do more. Its secrecy has hurt its AI research. Apple is expected to introduce an API for Siri, but that hardly seems enough given pace at which Facebook, Google, and Microsoft have been offering open source machine learning libraries to the world and developing AI assistants.

Developer Marco Arment recently observed that if the bet being made on AI services by Google and its peers proves correct, Apple appears to be ill-positioned to participate. Apple is certainly aware of what its peers are doing, but its institutional habits work against it. The process of developing hardware in secret for years and then releasing it in a carefully stage-managed event has its place. It would work for an Apple Car. But now that each phone looks at lot like the last, and few devices bring any surprises, software and services are the stars of the show.

Yet, Apple's software and services don't have a great reputation. Apple's efforts to improve its long maligned cloud services have been bogged down by infighting. The release of iOS 9 and OS X 10.11 came with a focus on quality rather than new features. That's an initiative that clearly needs to continue to quell complaints about the company's software and services. It's happening on an infrastructure level at least: Apple knows it should not be running its services in Amazon, Google, or Microsoft data centers as it does. So it's developing its own cloud infrastructure.

But beyond addressing deficiencies in its software and services, Apple needs to engage more directly and more openly with its customers, developers, and partners. It needs less secrecy and more communication. The company has already come a long way, with beta programs for its software and occasional previews of its hardware. It can go further still by relaxing its developer rules and communicating more frequently about its projects and challenges. Were Apple to open up, it would have less to prove, because the proof of its efforts and intentions would be more evident.

Thomas Claburn has been writing about business and technology since 1996, for publications such as New Architect, PC Computing, InformationWeek, Salon, Wired, and Ziff Davis Smart Business. Before that, he worked in film and television, having earned a not particularly useful ... View Full Bio
We welcome your comments on this topic on our social media channels, or [contact us directly] with questions about the site.
Comment  |
Email This  |
Print  |
RSS
More Insights
Webcasts
Protecting Your Enterprise's Intellectual Property
Strategies for Success with Digital Transformation
More Webcasts
White Papers
Passwordless: The Future of Authentication
Ahead of the Curve: Accelerate Cyber Response with DNS Insights
More White Papers
Reports
IDC FutureScape: Worldwide Digital Transformation Predictions
Email Security Threat Report 2020
More Reports

The app store brings in a lot of income since they just apply a 30% tax on anything and no chance they open up there.

Some of the services are key to retaining customers, they could open up some things that can generate good revenue but for the most part they are a walled garden and can't offord to open the gate without harming hardware sales. Do remeber that they have very high margins on the hardware.

As for iphone 7, some are calling it iphone 6ss. The 6s was a major upgrade, just not the kind of upgrade Apple users notice.
Reply  |  Post Message  |  Messages List  |  Start a Board

Apple has been the pre-dominant supplier of ideas in the smartphone and computer market, and at the same time ensured system security and reliability on so far unseen levels, making (non-Apple!!) software fun to download AND use for the average citizen.

It seems that the complaints about lack of openness often comes rather from the greed of those who would like to participate even more in the huge cake thorwn in front of them, where they have not really contributed a lot, themselves.

If it would not be for Apple and the Appstore, where a "normal" person can choose a normally safe software, we would be still in the times where we would need to search for the apps on google, without that unified presentation and central source, with this slight tickle in the back of your mind "is it ok?".

Software license cost has come down, too, because of this as the the sheer number of downloads justify the lower prices, which again have led to the incredible number of downloads on a worldwide basis. This has democratized software away from the big developer houses and provided a chance for even the smallest entrepreneur to start a business, simply based on a good idea and cost free developer tools.

Fact of the matter is, that without the almost brutal insistence on control, the Apple experience would have suffered as well, and than we would have other, more serious complaints.
Reply  |  Post Message  |  Messages List  |  Start a Board
Editors' Choice
Hot Topics