ZTE will debut a smartwatch during the second quarter of 2014 to capitalize on the growing market for wearables.

ZTE is preparing a smartwatch to compete with the early entrants in the market. A ZTE exec said the device will have features similar to the Samsung Galaxy Gear, but will be less expensive in order to appeal to a wider base of consumers. Lu Qianhao, who serves as the head of ZTE's handset business, said the company will announce the smartwatch during the first quarter of 2014, but it won't arrive until the second quarter, according to The Wall Street Journal.

This first effort from ZTE will be sold only in China, ZTE's home market, and will be compatible only with ZTE's Android-based smartphones, said Lu. The company will follow with other smartwatches that will be available outside China. ZTE's follow-up devices will also be compatible with smartphones made by ZTE's competitors. The device hasn't been named, and Lu didn't go so far as to reveal specs, features, or even the operating system of the forthcoming smartwatch.

So far, all smartwatches share a common set of features. For example, they interact with smartphones via Bluetooth and can be used to answer calls, view incoming messages, and control media playback. The Galaxy Gear is somewhat unique in that it has a speakerphone and a camera. 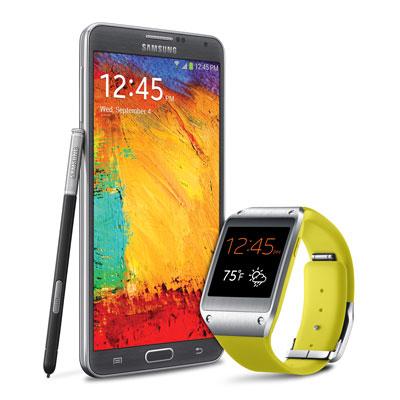 Most of these devices have received lukewarm reviews. None has risen to the top as a category-defining or category-conquering device. By its own admission, Samsung said the Gear was somewhat incomplete. Price may also have something to do with that. The Toq costs a hefty $350, while the Gear costs $300, and the Pebble costs $150. With one of the lowest price points, the Pebble has become the smartwatch of plebes.

The elephant in the room is of course Apple. Apple is widely expected to reveal its own smartwatch in the early months of 2014. By then, Apple will be a latecomer. That doesn't mean it can't define the market and really push it forward.

I probably should have been clearer in my sarcasm: My phone already can tell me the time and provide access to email quite adequately.
Reply  |  Post Message  |  Messages List  |  Start a Board

That product  is "already here" and launched last week --  SmartQ Devices, which won a 2013 CTIA Award for the first DLP projector tablet, has launched the new SmartQ Z-Watch - which is priced the same as the $150 Pebble, and runs on Android, offers a full color touch screen, a more powerful processor that runs at a full 1GHz, twice the battery power (300 mAh), tracks fitness & sleep, and does a lot more, including working as a standard MP3 Player -- it also outdoes  the new $200 Sony Smartwatch 2 -- one U.S. site with more product details is -- TabletSprint -- worth checking out
Reply  |  Post Message  |  Messages List  |  Start a Board

What a relief it will be when Apple enters the smartwatch market and I finally have access to a device that can tell the time and notify me about my email messages.
Reply  |  Post Message  |  Messages List  |  Start a Board
Editors' Choice
Hot Topics