Separate reports from Gartner and IDC paint different pictures of the state of the mobile market in 2016, and what the next few years may hold for space.

The mobile market, which was buoyed by robust smartphone sales and apps that helped fuel a digital economy, now stands on uncertain terms, especially as 2016 comes to a close. Now, two new reports are painting a mixed picture of what the future may hold.

IDC and Gartner each released reports on Oct. 6 that looked at different areas of the mobile market. IDC's analysis included hardware sales, software apps, and services, and which enterprises and IT departments are most likely to invest in mobile over the next several years. Gartner focused on worldwide combined shipments for devices (PCs, tablets, ultramobiles, and mobile phones).

While the two reports analyzed different data to formulate their forecasts on the state of the mobile market, their findings do indicate that the space is in a state of flux that's likely to continue into next year as the market sways with the users' needs. 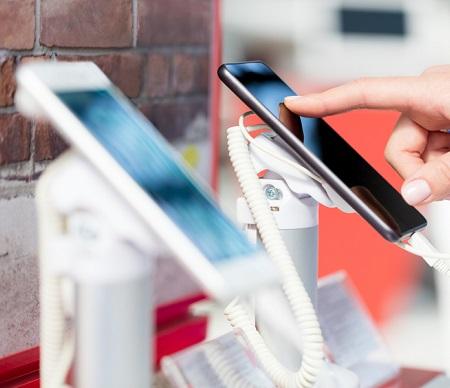 IDC's report, the "Worldwide Semiannual Mobility Spending Guide," paints a positive picture for the mobile market, forecasting that revenues will increase from $1.5 trillion this year to $1.7 trillion by 2020, representing a compound annual growth rate (CAGR) of 2.2%, or about $40 billion each year.

Overall, the report by IDC finds that software will drive double-digit growth during the next four years, especially as enterprises and their IT departments invest more in application development platforms, specific business apps, and security.

Among enterprises, the banking industry will apparently be investing the most money in mobile between now and 2020. Specifically, IDC sees about $100 billion worth of mobile spending during this time by the industry. Other sectors looking to invest more include manufacturing, professional services, retail, and also healthcare -- a market that has traditionally lagged in adopting new technology.

"Within the U.S., however, while the healthcare provider industry is still expected to be among the top 5 growth areas for mobility, spending is starting to temper," Jessica Goepfert, IDC's program director for Customer Insights and Analysis, wrote in a statement.

"Rather, we see good activity in the securities and investment services industry, where mobility projects are focused on enabling more productive and meaningful ways to engage with clients. Mobile technologies and solutions offer advisors the ability to access content that they can share with clients anywhere and anytime."

However, the Gartner report, also released Thursday, sees a mobile market that at best is stagnant and at worse in decline.

To start, Gartner looks at the overall, global device market, which includes PCs, tablets, ultramobiles, and mobile phones. This market is expected to decline 3% this year compared to 2015. It's the second year that devices declined, having fallen by less than 1% from 2014 to 2015.

Here's how the mobile market fits into that equation: In 2015, global mobile phone shipments totaled about 1.92 billion, and that number will drop to 1.89 billion this year. That's expected to change a little in 2017, when shipments are estimated to increase to 1.91 billion, and then increase slightly again to 1.93 billion in 2018.

While the total mobile phone market will decline 1.6% this year, smartphones will continue to grow -- about 4.5% year-over-year -- and about 1.5 billion units should ship in 2016, although Gartner notes this growth rate is slower than in past years, when the market jumped by double figures. Premium smartphone numbers will actually decline 1.1% between 2015 and 2016.

[Find out why BlackBerry decided to stop making hardware.]

Some of this can be traced directly back to Apple, which didn't release the iPhone 7 until September. In addition, the smartphone side of the market has matured, and many users are sticking with "good enough" devices and skipping annual upgrades.

"This is no surprise; the smartphone market is maturing, and reaching global saturation with phones that are increasingly capable and remain good enough for longer," Roberta Cozza, research director at Gartner, wrote in the report.

While Gartner's report is certainly sobering news for an industry that has so far known only growth, there is some hope for a slight comeback next year when smartphones shipments are expected to increase about 3.5%.

Some of this is due to newer premium devices that are expected to hit the market, such as Google's Pixel and Pixel XL smartphones, which were announced this week, and Apple's upcoming iPhone, which is expected to be a major technological leap forward.

How to Submit a Column to InformationWeek InformationWeek Staff 4/9/2021
White Papers
SANS Institute Survey: The State of Cloud Security
IDC Market Share: How the Network Is Used to Unmask the Adversary
Lessons Learned Investigating the SUNBURST Software Supply Chain Attack
5 Reasons to Protect your VPN with Multi-Factor Authentication
The 2021 Threat Hunting Report