Smartphone makers from around the globe are gathering in Barcelona starting Feb. 20 to show off their newest handsets. Here's what's on tap from Samsung, LG, Xiaomi, and others.

At least three flagship smartphones are on tap for the week ahead during the Mobile World Congress trade show in Barcelona. The annual confab is the world's largest phone-focused trade show and draws tens of thousands of participants from near and far. The announcements begin Saturday, Feb. 20, and continue through Wednesday, Feb. 24. Here's what's in store.

Samsung is expected to reveal the Galaxy S7 and S7 Edge handsets, which are updates to last year's Galaxy S6. Though this phone will resemble its predecessor, there are plenty of new features to stir up some excitement. For example, the GS7 will adopt a version of 3D Touch that will provide secondary actions when the screen is pressed forcefully. This is a me-too feature. Apple brought it to the iPhone 6s and 6s Plus last year.

The GS7 will regain support for removable memory cards, and will ship with the most advanced processor from Samsung. The GS7's defining characteristic, however, will be resistance to water damage. Samsung's Unpacked 2016 event kicks off at 1 p.m. ET/7 p.m. CET, Sunday, Feb. 21.

LG is also prepared to show off its 2016 flagship phone at MWC. We know less about the LG G5 than we do about the GS7, but we like what we're hearing. 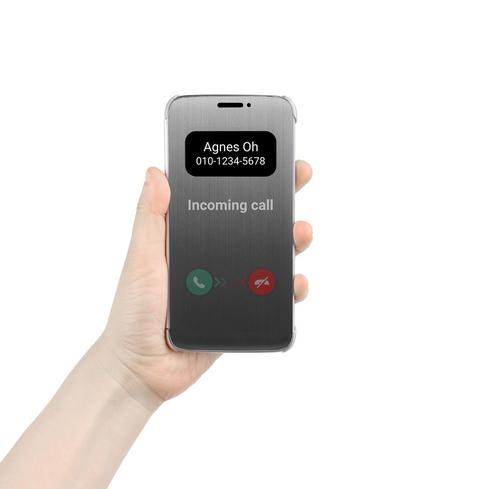 To start, LG will change up the core design it has relied on for years by putting the volume and buttons on the side edges of the phone. Many of LG's handsets have placed these buttons on the rear surface, but LG is going to a whole new look. Moreover, LG may finally ditch the plastics it has long relied on in favor of a metal design. The LG G5 will include a fingerprint sensor on the back, and is believed to have a trick hatch on the bottom for removing the battery. We'll learn more during LG's press conference, scheduled for 8 a.m. ET/2 p.m. CET, Sunday, Feb. 21.

HTC's One M10 handset is in the wings, and may stay there during MWC.

The company does not have a press conference scheduled during the trade show, but it is holding private briefings with journalists. HTC has used MWC as the launch point for its flagship phones the last few years, but appears to be waiting until after MWC to show off the M10. Moreover, HTC debuted the One A9 only a few months ago.

Xiaomi is attending MWC for the first time this year and has its own flagship prepped for the show. The Xiaomi Mi 5 is expected to grace the stage. Little about the Mi 5 has leaked to-date, but the phone will run Qualcomm's top-of-the-line Snapdragon 820 processor with 3GB of RAM. The Mi 5 will include a fingerprint sensor, and it may adopt a metal design. Xiaomi's press conference is scheduled for 2:15 a.m. ET/8:15 a.m. CET, Wednesday, Feb. 24.

Alcatel may not be a household name just yet, but it is aiming high this year with its new flagship, the Idol 4 and Idol 4S.

[Read more about the fight between Apple and the FBI.]

These phones pick up where last year's Idol 3 left off, and graduate to more premium designs. The Idol 4 is expected to have a 5.2-inch full HD screen, while the 4S will be somewhat larger, with a 5.5-inch quad HD display. The phones will have stereo speakers and a reversible user interface, which means the content on the screens will rotate to match the way the phone is being held. Alcatel's Idol series deliver great performance for the dollar, and the Idol 4 and Idol 4S are expected to be its best handsets yet. Alcatel is hosting an event to announce these phones at noon ET/6 p.m. CET, Saturday, Feb. 20.

Best of the Rest

Lots of other phone makers will be on the ground in Barcelona.

Lenovo, for example, has at least one handset in store, though it will be targeted at its home market of China. Huawei also has new handsets on deck and is making an announcement on Feb. 21, as is ZTE. Oppo has a press conference scheduled for Feb. 23, while Sony and Panasonic both have events going down on Feb. 22. The specifics of what these companies are announcing have been kept under wraps.