The mobile phone maker is placing a big bet on its commitment to release handsets based on Google’s Android platform in time for the holiday season.
W. David Gardner
Contributor
July 30, 2009 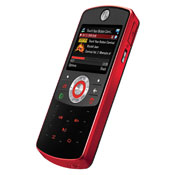 Motorola reported falling revenues and a continued collapse of handset sales in its second quarter, but the diversified communications equipment company surprised Wall Street by squeezing out a profit.

The company is placing a big bet on its commitment to release handsets based on Google's Android platform and its Mobile Devices unit is jockeying to release the new mobile phones in time for the year-end holiday season.

"In Mobile Devices, we improved the operating loss, reflecting a lower cost structure, and substantially reduced sash consumption as compared to the first quarter," said the unit's CEO Sanjay Jha in a statement. "We have agreements in place with carriers and remain on track to bring our new smartphone devices to market for the holiday selling season. We are also excited about our 2010 portfolio."

Jha was brought in from Qualcomm to head the drooping Motorola unit, which has been seeking in vain to find a hit phone to succeed its RAZR handsets. In its second quarter, Motorola reported it shipped 14.8 million handsets versus the 28 million devices it sold in last year's second quarter. Motorola has been trimming development of other handset operating systems in favor of the Android platform.

Investment banking analysts following Motorola were heartened by the fact that Motorola was able to produce a profit in the quarter, which they viewed as evidence that the company is getting control over its operations after several losing quarters. The company has also cut 8,000 jobs in recent months.

For the quarter, Motorola said it earned $26 million on sales of $5.5 billion.

In the quarter, the Mobile Devices segment's sales dropped 45% to $1.8 billion. Other Motorola segments also suffered declining revenues with Home and Networks Mobility dropping 27% to $2 billion and Enterprise Mobility dropping 17% to $1.7 billion.

Greg Brown, who shares the company-wide CEO spot with Jha, noted that the quarter's results were delivered "in a very challenging economic environment."

"We further reduced our cost structure, improved our operating margins, and decreased inventory on a sequential basis," said Brown, who is CEO of Motorola's Broadband Mobility Solutions unit. "We also continued to focus our R&D efforts on innovation in areas such as next-generation public safety, enterprise mobile computing, enhanced broadband video and 4G wireless."