Hedging its bet on Android, Motorola is looking for a way to have more control over its destiny.
Thomas Claburn
Editor at Large, Enterprise Mobility
March 22, 2011 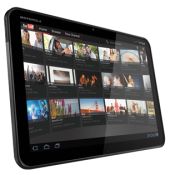 Motorola Mobility has hired a number of experienced mobile and Web engineers from Apple and Adobe and is developing a Web-based mobile operating system as a possible alternative to Google's Android software, according to a source familiar with the matter.

Asked to comment, Motorola did not deny the existence of the project but re-affirmed its interest in Android. "Motorola Mobility is committed to Android as an operating system," a company spokesperson said via email.

Jonathan Goldberg, an analyst with Deutsche Bank in San Francisco, said that he too had heard Motorola was at work on its own operating system. "I know they're working on it," he said in a phone interview. "I think the company recognizes that they need to differentiate and they need options, just in case. Nobody wants to rely on a single supplier."

Goldberg said it's unclear how far along Motorola's operating system effort is and how serious the company is in seeking an Android alternative. "They don't want to give Wall Street and developers the impression that they're going back to the Motorola of old where they're working on 50 million operating systems at once," he said. "They want to be financially disciplined about this."

Drieu left Apple in March 2010, where he was the head of the company's rich media and applications group. After a five month period without employment, he joined Motorola. His work with Web standards groups WhatWG and W3C and his Web-related patents suggest that he would be well-suited to lead an operating system development effort.

Drieu did not respond to an e-mailed request to comment or voicemail message.

Motorola's focus on a Web-centric operating system may reflect uncertainty about Android arising from Oracle's patent claims against Google. But building a new mobile OS around Web technologies is also eminently practical: There are a lot of Web developers already and there's a lot of support in terms of tools and frameworks. The fact that HP paid $1.2 billion for Palm and its webOS suggests there's some value in leveraging Web standards.

There may also be more immediate reasons for Motorola to look beyond Android. "Google is shooting itself in the foot," said the person familiar with Motorola's plans, citing what he sees as concerns about Android fragmentation, product differentiation, and issues related to Google's support for its partners.