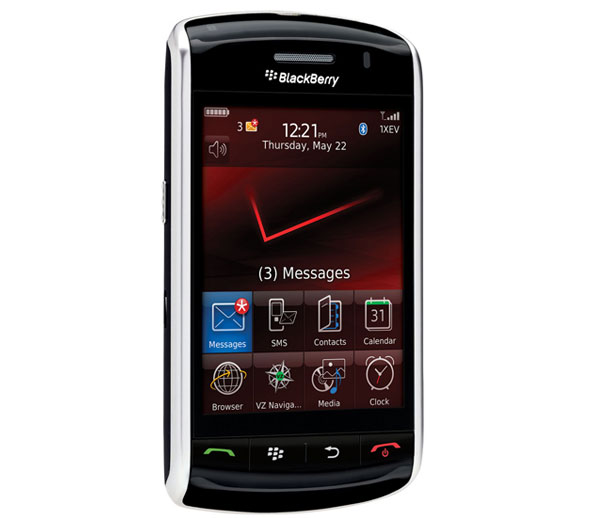 I'm curious as to how anticipated this device is? Specs-wise, it looks pretty darn good: a large high-resolution screen, GPS, EV-DO, GPS (that's probably not crippled), real Bluetooth, a stylish design, and an enterprise-friendly DNA. The lack of Wi-Fi is a bummer, but it's not quite a deal-breaker for me.

I'd guess that many are taking a wait-and-see approach because this is the company's first device with a virtual QWERTY keyboard. Early reports seem to indicate it's good, but Gizmodo recently said, "It's a unique and finely tuned sensation, and I liked it, but I could definitely see people loathing it."

I'll be at the BlackBerry Developer Conference tomorrow, and I should finally get some good hands-on time with the bad boy. I'll report back as soon as possible on whether the virtual keyboard is awesome, or if you really can't type on a piece of glass.

Additionally, if you absolutely cannot get enough of the BlackBerry Storm, feel free to check out the 56-page Verizon Wireless manual that CrackBerry stumbled upon.

If you don't feel like slogging through it (it's fairly boring), I've already dug through it. It's interesting to see who Big V thinks will be attracted to the Storm.

- Innovators and early adopters ... enjoy being "in the know" and the first to own new technology.

- Young and social professionals & students who are avid tech users.

- Communicate frequently using voice, text, IM, e-mail, and want the flexibility to do so on their terms.

- Ambitious and always on the go.

- Looking for a productivity tool and more, something that satisfies their professional and personal lifestyle needs.

- Successful, stylish professionals seeking a device to keep them accessible, informed, and in control of their extremely busy lives.

- Tech savvy individuals who expect the most out of their technology.

- Suits their media and Internet habits while providing the stability to stay connected to the people and information that matter to them.

So, what do you think? Are you anxiously awaiting the Storm, or does it seem like a lame attempt to capitalize on the iPhone's success?