Samsung's next-generation flagship smartphone is almost here. These are the features we most want to see added to the Galaxy S7.

Thanks to a multitude of leaks, we already have a fairly solid picture of what the Samsung Galaxy S7 will offer when it arrives Feb. 21. The phone is expected to look similar to last year's Galaxy S6 and maintain the same screen size and resolution. Most other changes will be hidden under the hood.

For example, AnTuTu ferreted out two core models, one based on Qualcomm's Snapdragon 820 processor and another based on Samsung's own Exynos engine. The details of the Exynos processor remain fuzzy. The GS7 will have gobs of RAM, fast wireless radios, and lots of other bells and whistles. 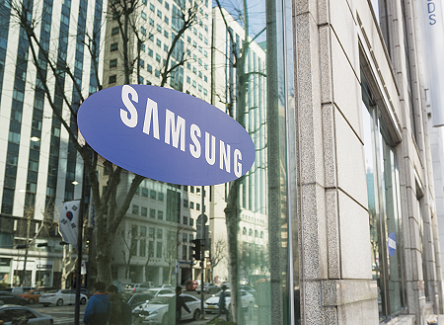 But specs aren't everything, and Samsung has some work to do to win back customers it lost with the Galaxy S6.

Here are five things Samsung needs to include with the Galaxy S7 to make it a hit:

The Galaxy S6 shipped with a 2,600mAh battery, and it didn't quite deliver. Worse, Samsung sealed the lithium-ion power cell inside, making it impossible to swap out dead batteries mid-day. The Galaxy S7 needs to deliver markedly improved battery life than its predecessor. Details spotted on the FCC website suggest the new handset will include a 3,600mAh battery. That's good news, indeed.

Count this as righting another wrong introduced with the Galaxy S6. Samsung's Galaxy S handsets have, from the beginning, offered support for expandable storage. That changed with the Galaxy S6, which was limited to 32GB, 64GB, and 128GB models. While those options are certainly enough for most people, longtime fans decried the change. Samsung would do well to bring back a slot for microSD cards to appease its most fervent customers.

People continue to drop their smartphones in toilets, sinks, lakes, puddles, rivers, and sundry other bodies of liquid. Samsung made the Galaxy S5 water resistant, but stripped the feature away from the Galaxy S6. Accessory makers are all too happy to sell people pricey waterproof cases, but built-in protection from a quick dunk would reduce headaches the world over. Sony's flagship handsets have been waterproof for years.

Smartphones have become mobile media machines, and are often used to share music and video. Samsung's phones have typically placed a single speaker on the back or the bottom. It would be a nice change to see stereo speakers adorn the front of the Galaxy S7. This would dramatically improve both music-listening and video-watching experiences. A number of Samsung's competitors (HTC and Motorola, for example) have already added stereo speakers to their phones.

Samsung has long crammed gobs of bloatware into its Galaxy S smartphones, along with its TouchWiz user interface. Much of Samsung's software is duplicated by Google and third-party developers. Rather than take the more-is-more approach, Samsung needs to pull back a bit and aim for features that are more useful.

The LG G5, for example, is believed to be adding an always-on screen so users can see the time, date, and notifications -- all without impacting battery life. This is the kind of thinking Samsung needs to employ moving forward. Samsung's leadership has suggested this is the course it will take. With any luck, the Galaxy S7 will be the first to ship with simpler software.