When Apple introduced the iPad, many were probably disappointed to learn that it would run the same operating system found on Apple's iPhone and iPod Touch devices. "Isn't the iPad just a big iPhone?" people wondered. Samsung has a similar problem to overcome with the Galaxy Tab. Isn't the Tab, which runs Google's Android 2.2 Froyo operating system (the same one found on nearly a dozen smartphones), really just a big Android phone? The answer is yes and no. In this slideshow, we take a look unde
Eric Zeman
Contributor
October 29, 2010 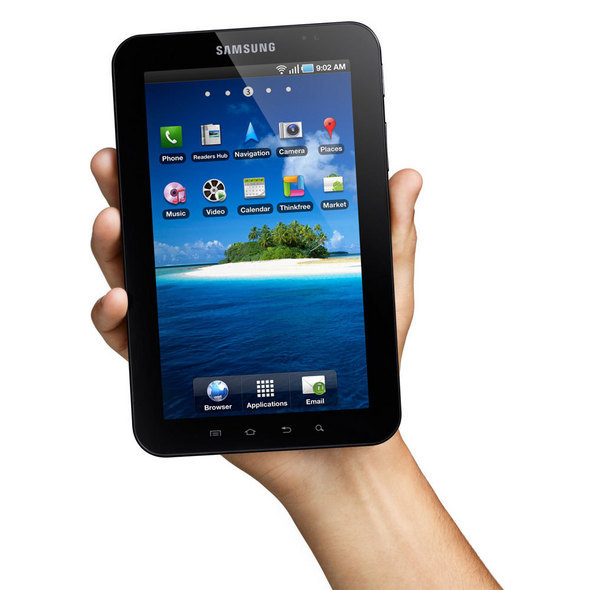 Based on a component breakdown analysis, TechInsights estimates that it costs Samsung $215 to build the Galaxy Tab. A breakdown of the carrier-specific variants (i.e., Sprint versus T-Mobile, Verizon, et al.) wasn't available. The Galaxy Tab is being offered by Sprint and T-Mobile for $400 with a two-year data contract, or for $600 with no contract. Verizon Wireless is offering the Galaxy Tab with no contract for $600.

The Samsung Galaxy Tab's capacitive touchscreen has a resolution of 1024 x 600 pixels and features a rear-facing 5-megapixel camera and Qik video chat with a 1.3-MP webcamera on the front, 2048 x 1536 pixels, auto focus, LED flash, micro SD card reader, Edge, Bluetooth, Wi-Fi 802.11 b/g/n, USB and video, HDMI out (via Dock), a battery for up to eight hours of use, and a weight of 1 pound (380g) Platforming is the cost reduction strategy for both Samsung and Apple and it becomes evident in the design of the Samsung Galaxy Tab. Though 'platforming' certainly isn't new and actually RIM, Nokia, Moto among others have used it to good effect for quite some time. Perhaps what's different here is the notion that people see the Tab and iPad as quite different products from phones when in fact they aren't too much more hardware-wise other than a bigger display. Get more tablet coverage from UBM TechInsights here.