The smartwatch field just got a bit more crowded, with new devices from Samsung, Huawei, HTC, Fitbit, and Casio. The companies showed off their latest gear at CES 2016. 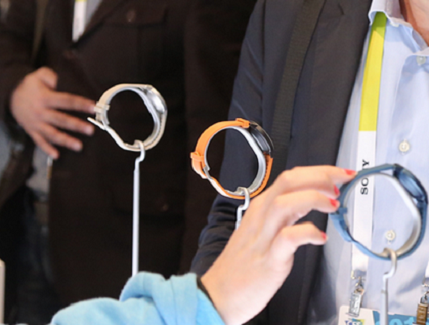 LAS VEGAS -- This year's CES heralded the arrival of a bevy of new smartwatches and fitness bands from longtime industry titans and new players alike. While incumbents Samsung and Huawei put a fresh coat of paint on their devices, Casio and Fitbit jumped into the game with advanced hardware for active people.

The market is expected to continue the fast-paced growth. IDC predicts that makers of wearable devices will ship 111 million units by the end of 2016, and that number will nearly double in 2019 -- with smartwatch sales driving that growth.

Smartwatch shipments will push to 34.3 million during 2016, says IDC, as the popularity of fitness bands starts to fade.

Even so, smartwatch makers will need to do more to convince consumers they are worth the $300 to $400 price tags by expanding the feature set beyond the role of smart notification manager. That is what several vendors aimed to do at CES.

Take a look the latest wearable offerings on display at CES from Samsung, Huawei, Casio, HTC, and Fitbit.

Comment  |
Email This  |
Print  |
RSS
More Insights
Webcasts
What We Can Learn from Sports Analytics
ROI and Beyond for the Cloud
More Webcasts
White Papers
Cloud Connectivity -- Your Guide to the Network
Research Report: Evaluating Your Organization's Cybersecurity Readiness
More White Papers
Reports
How IT Security Organizations are Attacking the Cybersecurity Problem
Special Report: The Changing Face of Threat Intelligence
More Reports

"Gear S2 compatible with iOS" Smart move from Samsung.
I'm glad Casio entered the smartwatch competition. Nevertheless, at $500... well, good luck. They're gonna need it.
I read that the Fitbit's shares fell more than 18% when the Blaze was announced. Another one who will need luck.
Reply  |  Post Message  |  Messages List  |  Start a Board
Editors' Choice
Hot Topics