Virtual reality headsets and devices fell into sharp focus at the Mobile World Congress in Barcelona, with several smartphone makers unveiling their latest move into the VR sector.

Smartphones are increasingly playing a role in the virtual world, as a number of mobile phone makers unveiled VR headsets and devices at the Mobile World Congress in Barcelona.

The mobile VR movement is catching enough traction to bring Facebook's CEO Mark Zuckerberg in as a surprise guest as part of Samsung's VR Gear headset and Galaxy S7 demo. Samsung and Facebook have a VR partnership that Zuckerberg touted at the event, according to The Verge.

Samsung, as well as HTC and LG, all introduced VR headsets and devices at the Barcelona event, which have a tie-in to their smartphone offerings.

Samsung unveiled its Gear 360 camera, which is designed to allow users to create and view their own VR content through Samsung's Gear VR headset and is compatible with its newly launched Galaxy S7 and Galaxy S7 edge smartphones. 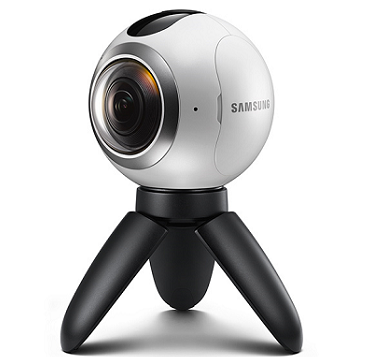 "Samsung continues to push the boundaries of the mobile experience to extend beyond the smartphone," said DJ Koh, president of Samsung Electronics' mobile communications business, in a statement. The company also said that it believes VR will be the next platform for mobile.

Samsung designed the Gear 360 with dual fish-eye lenses, each with 15-megapixel image sensors, to capture video at a high-resolution of 3840 x 1920 and still images at 30 megapixels. Users can also shoot 180-degree wide-angle video with only one side of the lens. The camera is compatible with Samsung's newly introduced Galaxy S7 smartphones, as well as previous generation smartphones, including the Galaxy S6 edge+, Galaxy Note 5, Galaxy S6 edge, and Galaxy S6.  Although no pricing details were released yet, Samsung says it expects to start shipping the Gear 360 camera in the second quarter to select countries.

HTC, in partnership with Valve, launched its consumer edition of its Vive VR headset.  In a twist, the headset allows users to dive into the virtual world, to make and receive real-world calls and text messages, and to check their calendars. HTC's Vive carries a hefty price tag of $799. It will be available for pre-order beginning Feb. 29.

"With the Vive consumer edition we are now able to realize our ultimate vision; bringing Vive into homes around the globe so that people can experience immersive virtual reality in a way that fires the imagination and truly changes the world," Cher Wang, HTC CEO, said in a statement.

Meanwhile LG introduced its LG 360 VR headset, which takes a different route in connecting to the smartphone. While some VR headsets like Google Cardboard require the user to attach the smartphone inside the headset, LG's VR headset links up to a user's smartphone via a cord, making the device smaller and lighter, according to a CNET report.

Dawn Kawamoto is an Associate Editor for Dark Reading, where she covers cybersecurity news and trends. She is an award-winning journalist who has written and edited technology, management, leadership, career, finance, and innovation stories for such publications as CNET's ... View Full Bio
We welcome your comments on this topic on our social media channels, or [contact us directly] with questions about the site.
Comment  |
Email This  |
Print  |
RSS
More Insights
Webcasts
Bolstering Your Enterprise Cyber Risk Assessment
The Experts Guide to Ransomware Response
More Webcasts
White Papers
Top Serverless Security Risks and How to Mitigate
Ransomware Security Breach Summary: Food Production
More White Papers
Reports
A Decade of Passive DNS
2021 Application Security Statistics Report Vol.1
More Reports