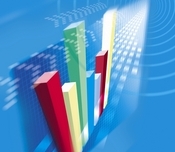 Slideshow: 12 Brawny Business Intelligence Products For SMBs
(click image for larger view and forslideshow)
SAP on Tuesday announced both Crystal Server 2011 and BusinessObjects Edge Business Intelligence 4.0, adding data exploration, expanded mobility support, and other features to its analytics lineup for small and midsize businesses. Both are slated for release next month.

The enhancements to SAP's SMB portfolio give it a closer resemblance to the vendor's BusinessObjects and enterprise information management (EIM) products for large companies. While there remain some enterprise-specific features, the core functionality behind Crystal Server 2011 and Edge 4.0 is essentially the same. SAP re-sizes its BI suite by limiting user licenses and removing the multi-server support included in its enterprise packages.

Crystal Server 2011 is the new name for Crystal Reports Server. Landry said SAP is re-branding the product as an entry-level BI platform, adding data exploration (via SAP's Explorer software) to the existing reporting and dashboard tools. The reason? SAP has seen a significant shift in who is making BI decisions, according to Landry.

"Typically, it was an IT sale and people in IT who were using these solutions to create reports and dashboards and sharing those with users," Landry said. "We're finding many more end users are wanting to get more hands-on with business intelligence."

A key addition to Edge 4.0 is additional mobility support, which is included with its standard, data integration, and data management packages. (Each of Edge's three versions builds upon and includes the features of the previous edition.) Edge 3.x enabled users to view reports on BlackBerry, Windows, and Symbian devices; 4.0 delivers similar support for iOS devices, namely Apple's iPhone and iPad. Landry said SAP will continue to prioritize mobile BI in its product development plans, adding that Android and BlackBerry Playbook support is coming later this year.

SAP has also made UI changes to bring a more consistent look-and-feel across various tools, which Landry said is intended to increase comfort levels for a broader range of users. A reports and dashboards user taking their first foray into ad-hoc query, for example, will do so with a familiar UI. On the back end, SAP has implemented a new, single semantic layer for all of the client tools.

"That means you can bring all of your data into one common place and ensure that the information is trusted," Landry said. "Whether you're reporting or dashboarding, you know everyone is working off of the same source of information."

In the data management edition of Edition, SAP has also added text data analysis, largely to help SMBs contend with growing amounts of unstructured data coming in from social media and other online sources.

"You can get a feel for what's going on not only within the four walls of your company, but what's happening externally as well," Landry said.

While cost and technical complexity are common BI obstacles at smaller companies, more vendors--including heavy hitters like SAP--have been paying increased attention to SMBs. Those roadblocks haven't vanished, but there are more options than ever for SMBs, whether from large vendors like Microsoft or SAP or a growing range of smaller niche providers.

Landry said that expanding menu is driven in part by that aforementioned sea change in who drives BI within an organization; it's no longer the exclusive domain of IT departments, particularly at SMBs with limited tech staff.

"We're now seeing, instead of IT leading the charge, it's often HR or the sales, marketing, or finance team who are wanting to take the lead," Landry said.

It doesn't pay for small and midsize businesses to protect against security threats faced by only the largest companies. Here's how to focus your efforts on the right threats. Download our all-digital supplement. Download it now.