Open Whisper Systems announces an open beta of the desktop version of its encrypted messaging application Signal. The app is endorsed by NSA whistleblower Edward Snowden.

In a blog post Thursday, Moxie Marlinspike, cryptology expert and founder of OWS, said that this will allow "Private messaging, now with all ten fingers." He also noted, "Signal Desktop is a Chrome app which links with your phone, so all incoming and outgoing messages are displayed consistently on all your devices. Your contacts don't have to guess where to message you, and when you switch devices the conversation you started will already be there."

Signal uses a data connection to send encrypted SMS messages, so SMS traffic will count against your carrier data cap. But users also get carrier independence, as long as their phone has a data plan, since SMS messages sent using Signal are no longer linked to a carrier's network.

OWS products have been lauded by many in the privacy community, including Edward Snowden. The NSA whistleblower has even tweeted his appreciation for the Signal app, which he says he uses every day. Snowden also has an endorsement on the OWS site, telling visitors to "Use anything by Open Whisper Systems". 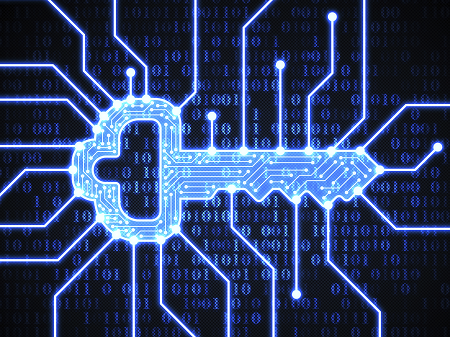 Signal Desktop is only available for Android users and will only work for text-based messaging and not voice for now. Signal for Android currently supports messaging, voice calls, and transmission of pictures and video between apps on phones.

OWS said a desktop version that syncs with iOS devices is coming, but gives no timeframe for it and suggests following the nonprofit software group on Twitter (@whispersystems) to see when it will be available. Signal for iOS was first released in 2014, and upgraded to version 2.0 this March.

In addition to Snowden, others privacy advocates have expressed their appreciation of Signal, which is open source (meaning the source can be examined for backdoors) and free (although donations are accepted).

Well-known security technologist Bruce Schneier also endorsed OWS products. He is rather effusive about group's offerings saying, "I am regularly impressed with the thought and care put into both the security and the usability of this app. It's my first choice for an encrypted conversation," on the OWS site.

[Read ORWL Aspires To Be A Secure PC.]

However, in the follow-up discussion to Snowden's tweet about Signal, it was noted that the Android version requires both a Google account and Google apps installed in order for Signal to be installed, which some say is a possible security loophole. It's widely known that Google "reads" your Gmail messages for the purposes of ad targeting and could potentially give metadata about transactions. However, there is no evidence that Google/Gmail would be able to directly access encrypted messages.

This move to the desktop by Signal may rekindle the debate on encryption-enabled communication apps in the wake of the Paris attacks. OWS does not hold the keys to any of the end-to-end encryption used for data, and so could not provide plaintext decryptions if requested to by government agencies.

Larry Loeb has written for many of the last century's major "dead tree" computer magazines, having been, among other things, a consulting editor for BYTE magazine and senior editor for the launch of WebWeek. He has written a book on the Secure Electronic Transaction Internet ... View Full Bio
We welcome your comments on this topic on our social media channels, or [contact us directly] with questions about the site.
Comment  |
Email This  |
Print  |
RSS
More Insights
Webcasts
The Experts Guide to Ransomware Response
Multi-Cloud Data Management for Modern Applications
More Webcasts
White Papers
Guide to Enabling 5G Deployments
Ransomware Security Breach Summary: Food Production
More White Papers
Reports
Gartner's Top 9 Security Trends in 2020
2021 Application Security Statistics Report Vol.1
More Reports

After CISA, end-to-end encryption will be standard, I think.
Reply  |  Post Message  |  Messages List  |  Start a Board
InformationWeek Is Getting an Upgrade!