50%
Tweet
Southern Illinois University's plan to provide tablets will kick off with the next freshman class. iPads were deemed too expensive and harder to manage, CIO says.

12 Open Educational Resources: From Khan to MIT
(click image for slideshow)
Freshmen arriving on campus for the fall term at Southern Illinois University will collect a Windows 8 tablet along with their course and dorm assignments.

As part of SIU's Mobile Dawg initiative, they will be issued Dell Latitude 10 tablets, part of a long-term plan to provide tablets for every student, one class at a time. The project is being subsidized with a $200,000 grant from Microsoft and Intel and features access to the Internet2 e-textbook portal, providing access to free or inexpensive courseware.

"We see tablets coming in across the nation in the K-12 world," university CIO David Crain said, noting that the Chicago schools from which SIU draws many of its students recently announced a major tablet initiative. Students are going to expect access to the same level of technology when they get to the university level, he said.

Dell recently announced the SIU project as one of several education customer wins for its Windows tablets, mostly in K-12 education.

[ How are teachers using the latest tech to get out from behind the lectern? Read Flexible Classroom Cameras Work With iPad. ]

School districts have more financial incentive to buy tablets than colleges do because in K-12 the cost of a tablet can be balanced against what the school would have spent on electronic textbooks, Crain acknowledged. In higher education, colleges normally don't have textbook expenses because students buy them.

One of the reasons SIU is buying the tablets anyway is that "we're a diverse campus, both economically and socially" where a large percentage of students are relatively low income and often the first in their family to go to college, Crain said. "The economics of affording textbooks is a big deal on our campus."

The program will also be an element in marketing and recruiting for SIU, which is trying to reverse several years of declining enrollment. "Technology is a major reason students choose a university. We had been behind in technology, so this is an effort to catch up," Crain said. The university is also investing in "very high density" wireless networking capacity that "hopefully will buy us a few years" in the race to keep up with the demand for Internet bandwidth, he said.

Although the university's lawyers and business managers are still working out some of the specifics, it's likely that students who pay tuition for four years will get to keep their university-provided tablets, Crain said. Students from outside the freshman class who want to purchase one of the tablets through the university can also do so at a discounted price. 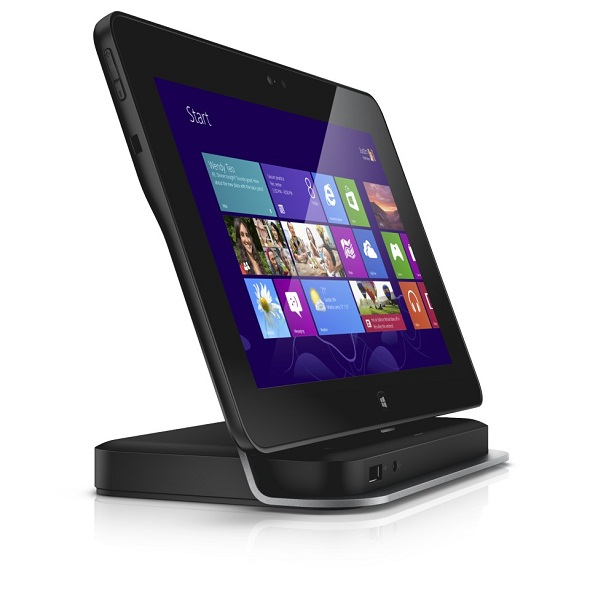 Why Windows tablets instead of iPads? "We started out with the perspective that it would be nice to give every student an iPad, partly because college students still think iPads are really cool," Crain admits. "But once we started digging into it, we found a number of reasons to go with Windows."

SIU expects to save $3 million or more over the course of the planned four-year program, compared with the difference in hardware, warranty, and support costs of an equivalent program based on iPads. That's a rough estimate because SIU "could never get to an apples-to-apples comparison, pardon the pun" because of differences in the warranty programs, Crain said.

Also, the Latitude tablets can be managed with tools such as Microsoft System Center, just like any other Windows computer.

Finally, the Dell tablets provided functionality the iPads couldn't match, such as the ability to run tutorial and assessment courseware that is standard at the university and is based on Flash, which is not supported by Apple's iOS mobile operating system. Labs and classrooms can also be equipped with docking stations, allowing the Latitude tablets to be used with a full-size keyboard and mouse.

Although the iPad has the largest sales at the moment, the overall sales growth of other educational tablet solutions are outpacing the growth of Apple tablets. It may only be a matter of time before other tablet sales overtake iPad sales.
Reply  |  Post Message  |  Messages List  |  Start a Board

It will be interesting to see how enthused freshmen who have been exposed to the iPad will be when presented with a Windows tablet.
Reply  |  Post Message  |  Messages List  |  Start a Board

It's interesting (and great) to hear the CIO say that the tablets are coming up from K-12 and that the university is just trying to give kids the level of technology you are used to. I think for a long time the level of technology at the K-12 level (especially K-5) has been woefully lacking compared with what students have in college. Of course, that's like comparing apples and oranges in many ways, but, still, it is nice to know that modern technology is considered standard in many elementary, middle, and high schools,

Go Salukis! As a proud alumnus of SIU, I'm glad to see this initiative. I have to wonder, however, how many freshman will show up on the first day of school with tablets they already own, received as graduation gifts, etc. Will those students be required to use the university-issued tablet or will the environment support other makes/models as well? And, yes, grads should be allowed to keep their old, dinged up tablet after four years of use. They're going to need them.
Reply  |  Post Message  |  Messages List  |  Start a Board

Schools that use Educational Resources' LearnPad have saved a lot of money on paper and textbooks etc., so when looking at the cost of the tablets, this has to be taken into consideration.
Reply  |  Post Message  |  Messages List  |  Start a Board
Editors' Choice
Hot Topics