4 comments
Comment Now
Tweet
J.D. Power reports that costs for smartphone customers have increased, but that these consumers are happier than they've ever been -- especially with AT&T.

Buying a smartphone is more expensive than it used to be, but customers are happier with the process than they've ever been, according to two J.D. Power studies released Feb. 18.

One study measured purchasing from full-service carriers, while the other measured buying from more limited-service, contract-free carriers. In each case, six factors were measured, in order of importance -- store sales representative, website, offerings and promotions, phone sales representative, store facility, and cost of service -- and satisfaction was calculated on a 1,000-point scale.

In both instances, customer satisfaction was up 6 points over respective 2015 studies. In the case of the full-service carriers, the rating reached 803, the highest satisfaction level since the inception of the study in 2004.

In the case of the non-contract carriers, the rating reached 791, again the highest since the segment was added to the study in 2009.

That's despite an average increase of $31 (for a total of $276), from the 2015 study of full-service carriers six months earlier. 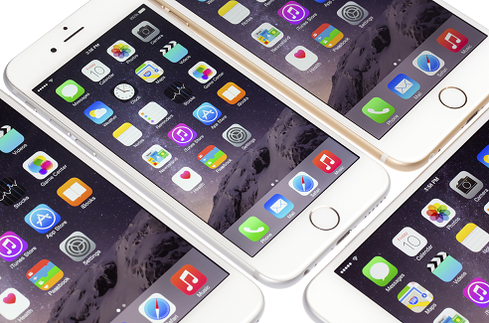 "Even with a notable increase in out-of-pocket costs for the customer, overall satisfaction has hit an all-time high," Kirk Parsons, a senior director at J.D. Power said in a statement.

"While this may seem counterintuitive," he continued, "wireless service providers have been aggressively offering more data plan minutes, with some even tethered to unlimited usage plans, to offset the high cost of ownership."

What was the highest ranking of the four leading full-service carriers? That honor went to AT&T, which scored 813, and did particularly well in the offers and promotions and the phone sales representative categories. T-Mobile was hot on its heels, with 812, while Verizon Wireless scored 797, and Sprint scored 784.

Among the contract-free carriers, TracFone took the crown with a score of 802, followed by Virgin Mobile with 796, and Cricket with 795.

In 2013, T-Mobile, under the direction of a new CEO, churned up an industry that had settled on a model of subsidized devices tied to two-year contracts. T-Mobile separated the cost of its services from its devices and eliminated the two-year contracts that had become de rigueur around the time of the first iPhone's debut on AT&T.

That rise in cost to customers, said the firm, is due in part to equipment installment plans (EIPs) -- plans that allow full-cost devices to be "leased out" over a period. Another contributor is the rising cost of flagship smartphones like Apple's iPhone 6S Plus and Samsung's Galaxy line.

While customers have taken on these additional costs, the new models increase customer's perception of added value and have improved the overall purchase experience, said the study.

Unlimited data plans also have a strong, positive impact on customer satisfaction, the reports found, having "a halo effect on satisfaction in all other factors."

Additional findings included that nearly everyone preferred to purchase a device in-store. Some 69% of full-service customers made their purchases in a store, compared to 43% over the phone and 53% online. Among non-contract customers, 60% of transactions happened in a store and 34% were over the phone.

Michelle Maisto is a writer, a reader, a plotter, a cook, and a thinker whose career has revolved around food and technology. She has been, among other things, the editor-in-chief of Mobile Enterprise Magazine, a reporter on consumer mobile products and wireless networks for ... View Full Bio
We welcome your comments on this topic on our social media channels, or [contact us directly] with questions about the site.
Comment  |
Email This  |
Print  |
RSS
More Insights
Webcasts
Quantifying the Benefits of a DevOps Strategy
Effective Cyber Risk Assessment and Measurement
More Webcasts
White Papers
2020 Gartner Market Guide for Network Detection & Response
How You Can Evaluate Your Org's Cybersecurity Readiness
More White Papers
Reports
The State of IT Operations and Cybersecurity Operations 2020
2019 Threat Hunting Report
More Reports
Copyright © 2020 UBM Electronics, A UBM company, All rights reserved. Privacy Policy | Terms of Service