State of SMB IT: Spending, Priorities

Spiceworks' State of SMB IT report shines a light on where SMBs are spending their IT time and money. Take a look at the plans of your peers.
Kevin Casey
Contributor
May 08, 2012 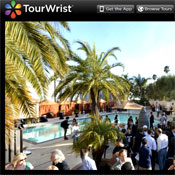 Well, sort of--the good times are a bit subdued. Indeed, spending is up: The average budget in the most recent Spiceworks State of SMB IT report came in at $152,000. That's a $20,000 increase from the same time last year. Hiring, meanwhile, remains steady if unspectacular: 30% of respondents reported plans to add IT staff during the next six months--down a point from this time last year--with 56% planning to stay the same size. Just four percent will downsize IT in the latter half of the year.

Spiceworks, a mix of IT-centric social network, community, and application developer, included nearly 1,500 SMB IT pros in its report, which it conducts twice a year. The majority (62%) worked at companies with between 20 and 250 total employees. The 2012 midyear edition was released to coincide with the Interop IT Conference and Expo in Las Vegas.

Perhaps more intriguing than the budget numbers is the chance to see what other SMB IT pros are up to these days. Virtualization, in all its forms, has clearly shed its "hot trend" clothes in favor of mainstream attire. Nearly two-thirds of respondents reported some form of virtualization already in place; that figure will hit 77% by the end of the year. Spiceworks executive director of vendor marketing Adam Weinroth notes that while the adoption rate is naturally slowing as it approaches saturation, virtualization is becoming more critical to more parts of the business.

"Even though the rate of adoption is slowing at a macro level, SMBs are becoming much more reliant on [virtualization]," Weinroth said in an interview. The average number of virtualized applications, for example, has increased from 2.1 to 3.1 during the past year. One in four SMBs that already have some form of virtualization in place plan to expand their deployment in the next six months.

[ SMBs have saved big buying complex software on a subscription model. Here's how to determine if infrastructure services can pay off, too. 5-Step IaaS Migration Plan. ]

That's not to say that SMBs that haven't taken the virtualization plunge are behind the times, per se--Weinroth points out it really depends on the business and the use case. But suffice it to say your peers will likely know what you're talking about if you bring the topic up, something that wasn't necessarily the case a couple of years ago. "When you talk to your peers and colleagues about which applications you're going to virtualize, you're going to get less funny looks," Weinroth said.

Cloud adoption, too, has tapered off--but that's also a function of its similar move into the mainstream. Some 48% of SMBs are using cloud services today, with another 14% planning to begin doing so in the latter half of this year. What's clear, though, is not all IT functions are as popular in the cloud as others. While obvious areas like email, web hosting, and data backup are big and getting bigger, SMBs appear to be in no rush to move online for security, CRM, and certain other needs. Weinroth said that's likely a product of both organizational comfort levels and what the market has to offer.

Both virtualization and cloud have had a marked effect on budget allocation: Hardware still gets the lion's share of dollars at 40%, but that's down from 47% in the first half of 2010 and expected to continue to decline. That seven percent has shifted into the IT services category, with software spending remaining relatively unchanged. SMB IT departments are in effect getting out of the hardware business.

"As there's more of a move to cloud and virtualization capabilities, those often come in the form of services, and there's less [on-premises] hardware required to run those services," Weinroth said.

Tablets, duh, are popular--though they appear to be more so at midsize firms with more than 250 employees. More than half of that segment (53%) is using the devices for business purposes, compared to 40% of small businesses with fewer than 20 employees. That gap is expected to close quickly in the coming year, however.

While SMBs are increasingly on the same page when it comes to cloud and virtualization, the jury's still out on the bring-your-own-device (BYOD) era. It's absolutely prevalent inside SMB shops--75% allow it--but IT attitudes are still split on how best to manage the mobile trend. In spite of the 75% stat, just 20% of IT folks report that they "fully embrace" BYOD; 35% think it works well for some devices but not others; 25% have full-blown BYOD-induced headaches; the remaining fourth simply hasn't formed an opinion yet.

"We're still traveling down that road," Weinroth said. "I don't think we've reached the destination yet."