Apple recently marked its 40th birthday, and the company settled into middle age with a couple of new TV ads. Through the last four decades, Apple has produced not only iconic products, but also memorable commercials. We take a look at our 10 favorite Apple ads of all time. 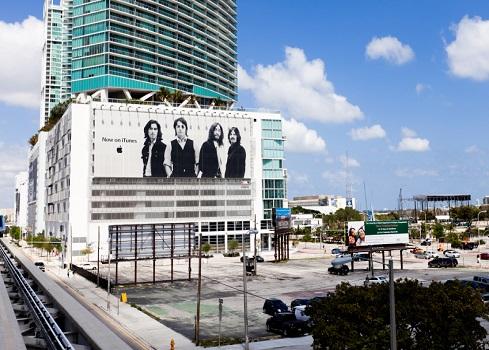 I would say you are not the only one.

That's interesting. Maybe you were not paying attention? Or, maybe during the commercials you made a quick trip to the fridge/kitchen for some snacks? That's the most logical explanation, I would say. :)

I don't watch TV. Yet, you can always find everything online. I don't remember how I came across the first I'm a Mac, I'm a PC ad. After that, I watched them all on YouTube; several times.

Yes, they are cleaver. And funny. It's a great combination. It has always been quite hard to find good commercials on television. You are usually forced to watch 20 minutes of commercials per hour, or 10 minutes during a "30-minute" show. When I did the math, I came up to the conclusion that I was wasting an incredible amount of time doing anything productive, not even getting entertained because what I had chosen to watch was interrupted constantly by those moments of nothing. I decided to get rid of the television. I have filled my free time with much more interesting things to do.

But, the Buy a Mac campaign would have been the one thing that would have kept me watching during commercials.

My favorite Apple ads have always been the Get a Mac campaign: I'm a Mac. I'm a PC. :D Still today, watching the 37+ minutes that last the complete compilation, the ads make me laugh. The best part is that they remain timeless. :D

My favorite Apple ads have always been the Get a Mac campaign: I'm a Mac. I'm a PC. :D Still today, watching the 37+ minutes that last the complete compilation, the ads make me laugh. The best part is that they remain timeless. :D