SEARCH
A minimum of 3 characters are required to be typed in the search bar in order to perform a search.
Announcements
Report
Find out what you need to know so that you can plan your next career steps and maximize your salary.
Event
Explore strategies, new technologies, and best practices to provide a secure infrastructure - Learn more at Interop!
PreviousNext
Mobile
Commentary

Where Are All The iPhone/iPad Lightning Accessories?

Where are all the Lightning accessories? It's now almost December -- two months after Apple's new Lightning connector debuted on the iPhone 5 -- and there is still practically no Lightning-compatible iOS hardware available. Owners of the new Lightning-equipped iPad Mini, iPad 4 and new iPods are waiting, too.
Chris Spera
Contributor
November 28, 2012

With the introduction of the iPhone 5, Apple finally left its proprietary 30-pin connector behind and introduced a new 8-pin, dynamic connector, code-named Lightning. If you're not familiar with the basic changes to Apple's proprietary connector, there are few key things that you do need to know. 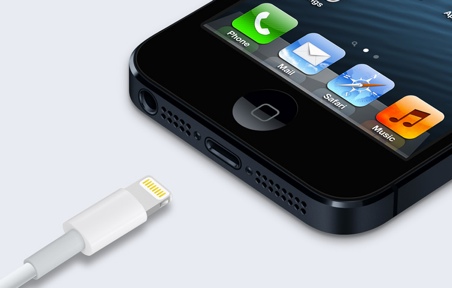 Since switching from my iPhone 4S, I've not been able to find a powered third-party dock or car kit for it. The Magellan Car Kit that I got last year comes with a 30-pin connector and won't work with the iPhone 5. This is a common problem for most everyone with a collection of 30-pin accessories. Heck, its been many years since Apple last tweaked its connectors. I've been all over the Internet looking for third-party accessories for my iPhone 5 with very little luck.

I know this has a lot to do with how much power the device can safely carry and the cost and complexity of the logic board that governs dynamic pin functionality; in other words, it's harder to make accessories for Lightning than for the old connector. But it's still frustrating. I can't find a clear, definitive reason why these accessories aren't available yet. I've done a lot of searches over the past few months looking for new accessories, and there are just a few available. Those few, like the Belkin Sync and Charge Dock with Audio for iPhone 5, require you to bring your own cable.

An Apple branded Lightning to USB Cable is $20, a bit pricey if you ask me, for the standard cable that comes with the iPhone 5, iPad Mini or iPad 4. With the holidays upon us, I would have thought that third-party manufacturers would have had their accessories introduced by Black Friday in order to take full advantage of the holiday buying season. They haven't. This leaves me with two conclusions: Either no one's cracked the secret sauce or Apple has set the certification bar very high for the latest generation of iDevice accessories.

In either case, along with the Apple Maps debacle, this is a sign that Apple didn't handle the most recent iPhone and iPad releases as smoothly as it has prior ones.