People don't like to be reminded they're sick. That's one reason why tomorrow's health gadget needs to look more like a smartphone than a clunky medical device.
David F Carr
Editor, InformationWeek Government/Healthcare
October 07, 2013

8 Wearable Tech Devices To Watch
(click image for larger view and for slideshow)
Medical device makers will need to be as innovative as consumer gadget companies to stay competitive as the market is increasingly influenced by the demands of patients and hospitals moving toward patient-centered care.

The demand for greater innovation partly reflects consumer interest in proactive health management with monitoring devices such as the Fitbit, and partly reflects changing incentives for hospitals and healthcare providers to be more attuned to delivering positive outcomes, not just billing for visits and procedures, said Chris Wasden, global healthcare innovation leader at PricewaterhouseCoopers LLP. "They're saying, 'If I'm only going to get paid for outcomes, I only want to pay you for outcomes.'"

In many cases, what this means is that the product needs to be more than a device alone; connections to websites, apps, and monitoring services become important. Even products such as pacemakers have wireless communications capabilities, which can be used to report data that can be shared with a provider's electronic health records system as well as a self-care dashboard for the patient, Wasden said. When providers are compensated on improving outcomes, they need to be able to document those improved outcomes, which is where device connectivity becomes important, he said.

[ Should health gadget devotees worry about their security? Read Death By Hacking: Tomorrow's IT Worry? ]

"If you are a patient receiving an implantable pacemaker, in the old world you never knew what brand of pacemaker you had," Wasden said. In other words, only your heart surgeon had any connection to the product. "Now you're downloading an app from the App Store to monitor the pacemaker yourself on your smartphone, and you have to know the brand of the pacemaker to download the app."

The PwC Health Leadership Institute report, "Medtech Companies Prepare for an Innovation Makeover," stresses that medical technology vendors need to break out of their pattern of incremental improvement to products and aim for more breakthrough innovation, or even radical change.

One company the report cites as a leader is Medtronic, a leading medical device maker that has created about 250 mobile apps for both consumer purposes and clinical purposes. In August, Medtonic acquired Cardiocom, a specialist in patient self-monitoring technologies such as home glucose monitors for diabetics, network-connected weight scales, and other products that can alert doctors to worsening problems with chronic conditions such as heart disease. 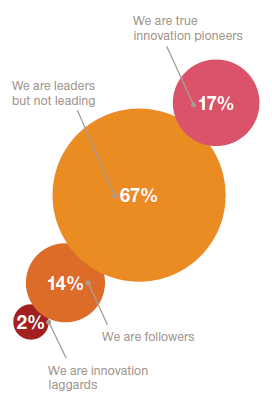 Another way Medtronic has been adapting is by making devices part of a broader package of services. The study cites two examples from Europe. In the face of pressure to lower the cost of its pacemakers, Spain's Medtronic Iberica S.A. made itself a player in long-term coronary care, "moving closer to a business model that sells heartbeats," by helping hospitals reduce operating costs and improve outcomes, according to the report.

In Italy, Medtronic concluded the best way to improve the effective use of implanting cardiac catheters was to take charge of the whole process. It set up a Medtronic Cath Lab operation that embedded itself in hospitals -- contractually taking responsibility for improved efficiency and better outcomes. Medtronic assumed some risk with this model, but it has paid off in the form of efficiency savings of 20% to 25% for partner hospitals, according to the report.

Only a few medical technology firms are fully capitalizing on the change in the market to this extent. However, those that do undertake such measures want to be involved "before, during, and after a procedure," Wasden said.

Meanwhile, the medical technology field traditionally controlled by a few specialty companies is starting to feel the impact of consumer technology firms. At least 18 new companies have entered the market and are starting to make their presence felt. The report quotes Andrew Atwell, senior manager at the Samsung Open Innovation Center, saying: "One of the complaints I've heard over and over is, 'Why doesn't my glucometer look like my smartphone?' The reason people aren't checking their blood sugar levels is because they have to carry around an extra thing that only does blood sugars, looks clearly like a medical device, and reminds them that they're sick. Patients want consumer devices that do double-duty because they always have them with them and there's no stigma associated with them."

The challenge is for medical technology makers to begin to act a little more like they're in the smartphone business, but without sacrificing other imperatives, such as quality and safety.