WWDC 2016: What We Didn't Get - InformationWeek

Apple's WWDC keynote highlighted dozens of new features headed to iPhones, Macs, and other gear, but the company didn't cover everything on our wish list.

iOS 10 may be the most exciting release from Apple in years. The company showed off a range of refreshed and expanded apps that will make the iPhone and iPad better and more powerful.

iOS 10, says Apple, introduces the largest number of new, user-facing features than any other iOS release. There are still some major omissions, however, that are worth discussion.

What makes iOS 10 so appealing is the new level of openness from Apple. Nearly five years after its debut, Apple is finally opening up Siri to developers. Similarly, Apple is opening up Maps and iMessage to developers. It's also allowing third-party VoIP services to access the phone dialer and other phone functions. These are major steps forward for iOS that put it closer to Google's Android.

The iPad, for example, gains the ability to have two Safari tabs open side-by-side in the split-screen view. Users can also view two email messages at the same time, so they can reference one while composing the other.

Curiously, Apple did not add support for multiple users to iOS 10 -- a feature users have been requesting for years. This would be particularly helpful for iPad owners who want to hand the tablet to a child or other family member. (However, iPads in education settings do support multiple users as managed through the school admin console.) 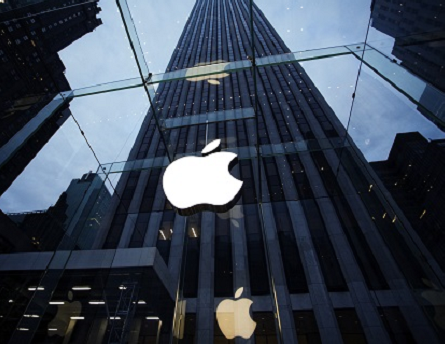 iOS 10 didn't make it any easier to find or access individual files on the iPhone or iPad. Apple has purposely shied away from creating a file management system for iOS, and that doesn't seem likely to change.

Remember that rumored Amazon Echo competitor? That didn't show up during WWDC. Apple didn't say anything about bringing a speaker-bound personal assistant to market, but that doesn't mean it won't happen. Apple certainly planted the seeds during WWDC by opening up Siri to third-party developers.

A home-based personal assistant will need to interact with other apps/services in order to succeed. It's still possible Apple will announce such a product -- powered by the new and improved Siri -- later this year.

Many were disappointed that Apple didn't show off new MacBook Pros. The company has not updated its main line of professional laptops in some time. A handful of reports suggest Apple is preparing new MBPs with OLED touch bars for the fourth quarter, but there was still hope Apple would bump up the specs of the existing portables.

Part of the problem is the release schedule for Intel processors. Apple has been waiting for the latest from Intel, and the processors simply aren't ready yet. Yet others were hoping for a new Apple Cinema Display from Apple, but there was no joy there, either.

WatchOS 3.0 will make the Apple Watch a much better wearable, but Apple stopped short of making it incredible. The new dock for accessing recent apps and the SOS emergency call function are the standout features, but what about cellular connectivity? Watch apps can run independent of the iPhone now, but there's only so much they can do without a network connection.

The Apple Car? Nope. CEO Tim Cook didn't roll onstage in an Apple-shaped pod, though that would have been a great stunt.