More than 8,000 participants around the world tackled 40 separate challenges addressing issues humanity faces on Earth and in space.

An app that provides telescope coordinates of celestial events, an Internet-connected spacesuit, and an ultra-portable satellite tracking station are among the winners of NASA's International Space Apps Challenge, the space agency announced this week.

During the annual hackathon, held over three days in April, teams of technologists, scientists, entrepreneurs, and students collaborated globally to come up with solutions to challenges in space exploration and life on Earth.

[NASA reveals its latest prototype of the "Z" series spacesuit, designed for humans to walk on Mars by the 2030s: NASA's Next Spacesuit: Mars Fashion.]

"The International Space Apps Challenge is an opportunity for NASA to leverage our massive datasets, as well as open source technology, to invite citizens around the world to create new solutions to the issues humanity faces on Earth and in space," NASA deputy CIO Deborah Diaz said in an email. "Individuals at each location form project teams based on shared interests and diverse talents, resulting in novel outcomes that we, at NASA, may not have considered in-house."

This year's teams created crowdsourced data collection apps that measure gravity on Earth and various aspects of wetlands, fire hazards, tree health, and air quality, as well as apps that provide data about stars, planets, satellites, and asteroids. They built hardware such as a weather rover to collect urban  environmental data.

Here are the five international winners in each category: 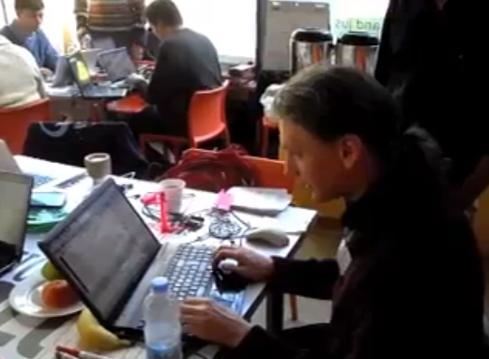 "Because these projects are open source, anyone can use them as a jumping off point for innovative endeavors," said Diaz. "NASA hopes to learn from the very best thinking we see bubble up through space apps and other NASA challenge programs, and hopefully use these solutions as a new way forward to reach beyond the stars."

Elena Malykhina began her career at The Wall Street Journal, and her writing has appeared in various news media outlets, including Scientific American, Newsday, and the Associated Press. For several years, she was the online editor at Brandweek and later Adweek, where she ... View Full Bio
We welcome your comments on this topic on our social media channels, or [contact us directly] with questions about the site.
Comment  |
Email This  |
Print  |
RSS
More Insights
Webcasts
4 Practical Tips for Building a Data Lake
Multi-Cloud Data Management for Modern Applications
More Webcasts
White Papers
Top Serverless Security Risks and How to Mitigate
Ransomware Security Breach Summary: Food Production
More White Papers
Reports
2021 Email Threat Report
Gartner's Top 9 Security Trends in 2020
More Reports