Next on the Chopping Block, Administrative Assistants - InformationWeek

You probably have noticed that the number of administrative assistants has declined over the years. Now, digital assistants and outsourcers may be ready to replace those who remain.

But who says an office admin has to be in your office or even country?

Collaboration tools may be making easier for firms to outsource administrative help. That opens the door to yet another form of offshore labor.

“Admin staff are under major threat of extinction with these vastly cheaper offshore services that can essentially get the job done,” said Phil Fersht, the CEO and chief analyst at HFS Research, which studies offshore markets. 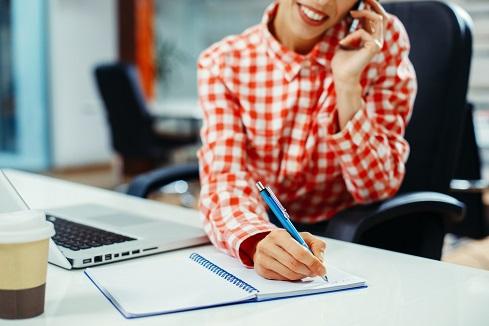 English-speaking offshore scheduling assistants who can perform basic admin duties can be hired for $1,000-$2,000 a month, said Fersht. That’s compared to executive assistants in the US earning anywhere from $60,000 to $120,000 with benefits, he said.

The U.S. Bureau of Labor Statistics is projecting a 6% decline in employment of executive secretaries and administrative assistants through 2024.

“Many managers now perform work that was previously done by their executive secretaries,” the government reported. But it does not explain why this is so.

In July, the U.S. Dept. of Labor received a request for Trade Adjustment Act (TAA) benefits filed by a Massachusetts labor official on behalf of an administrative assistant at IBM. Workers who believe they lost a job due to foreign trade can receive extended unemployment benefits and help with education costs, if the government approves the application. The TAA application said US executives at IBM, C-level, and below, “are no longer being assigned assistants from the full-time U.S. administrative assistants. Instead they are being assigned assistants outside the U.S.”

The administrative work was transferred to Costa Rica, the application claimed.

An IBM spokeswoman, in an email, dismissed the government filing. “We have plenty of executives with assistants in close proximity,” she said.

The Labor Dept., in a determination posted last week, denied the benefit application because it didn’t meet the law’s criteria. This includes a finding of whether foreign trade was an important cause of the job loss, as well as whether “a significant number or proportion of the workers” in the firm have become separated or are threatened with it. Those standards weren't met, according to the filing.

David Rutchik, executive managing director at  Pace Harmon, an outsourcing advisory firm, said he hasn’t seen a lot of administrative assistant outsourcing, but that because it's more focused on individual staff. His point is that it may not be obvious as the outsourcing of an IT department.

“That being said, I think there’s certainly a trend,” said Rutchik. He believes in time that the bigger impact will be from Alexa-type services.

The motivation is cost: Administrative support can cost large companies millions, he said.

But Rutchik also wonders how willing executives will be to use offshore services for admin support.

In some IT outsourcing engagements, upper managers will retain in-house IT services for themselves, something akin to “a VIP service for executives,” said Rutchik. “The Maytag repairman is there in case the CFO’s computer doesn’t turn on,” he said.

One company that has created an outsourcing service, but with domestic help, is The Independent Grid. It provides administrative services, as needed, to independent financial advisors.

Trent Gain, the firm’s chief operating officer, says customers use a variety tools to work remotely with administrative assistants, including Salesforce, Teamwork, and even Evernote.

“You don't have to be physically in the office to relay the information and get things executed correctly,” said Gain.

Patrick Thibodeau is a reporter covering enterprise technologies, including supercomputing, workplace trends and globalization. His work on outsourcing and H-1B visa issues has been widely cited, read on the floor of the U.S Senate, and has received national awards for ... View Full Bio
We welcome your comments on this topic on our social media channels, or [contact us directly] with questions about the site.
Comment  |
Email This  |
Print  |
RSS
More Insights
Webcasts
Nip Ransomware in the FUD: Detecting Attacks Pre-Encryption
Don't Miss This Cybersecurity Virtual Event
More Webcasts
White Papers
Insider Risk Management: A Better Way to Prevent Data Leaks
How a Trading Floor Continues its Operations During COVID-19 Lockdown
More White Papers
Reports
The State of Endpoint Security
The Infoblox Q4 2020 Cyberthreat Intelligence Report
More Reports