50%
Tweet
Even with the use of data analytics, sports teams still make terrible personnel decisions. Maybe tHere's a way for them and all hiring managers to do better. 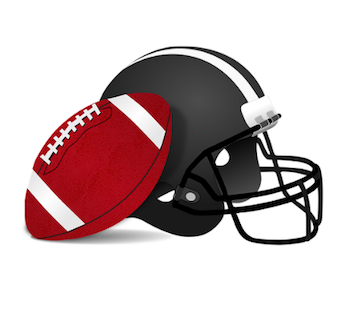 The millionaire meat market is taking place this weekend, with the National Football League's NFL Scouting Combine making its annual appearance in Indianapolis.

Pro football's coaches, owners, general managers, and fans will flock to Lucas Oil Stadium or their TVs to watch as some of the most talented college football stars get weighed, measured, interviewed, and physically tested for speed, strength, vertical leap, and agility.

The combine, like this month's March Madness college basketball tournament, is a bizarre opportunity for wealthy old men to ogle young athletes, dreaming that the fastest and strongest will be their saviors in terms of wins for their billion-dollar franchises. It evokes images of a cattle auction or an auction scene from a gladiator movie.

At the heart of the whole process are analytics and guesswork. The geeks in the NFL front office who opted to lead the high school math club rather than get sweaty and dirty will do their magic with algorithms, turning data on height, weight, bone structure, muscle, speed, and a dozen performance factors into grades that help general managers decide which athletes to draft. Evaluators will watch and say, "I like the way he runs." It's where the "gut" comes in. Neither gets a complete picture.

Those players who perform best when viewed by the numbers or by the experienced eye will sign contracts worth millions, and will enjoy the financial and social privileges that come with being top draft picks and NFL stars.

But how often are the algorithms and gut decisions of the executives -- as well as the fans -- wrong? A lot. Look back at past combine results and drafts, and you see that for every success there is failure or at least mediocrity. Quarterbacks Tim Tebow and Johnny Manziel came up all aces at the combine. Tebow, a great athletic talent in general, was a horrible pro quarterback. Manziel, a can't-miss college star, is lost, fighting the demons that can come with stardom. Tom Brady, a virtual flop at the combine and late draft pick, has won five Super Bowls.

There are things that tape measures, stop watches, and now body motion sensors can't evaluate. What often is missing in the evaluation of a player -- come to think of it, also missing when we interview our own job candidates -- is how they will fit in with a team. In other cases it's their work ethic or their ability to translate what is in a playbook to their responsibilities on the field. Sure, they get glowing recommendations from their college coaches, but sometimes those are aimed more at helping the player get a job than helping the new team.

Getting to the heart of the matter

So, how do you evaluate "heart" or "the X factor"? How do you know why one person fails under pressure while someone else thrives? How do you know how someone will handle success? How will they accept change? Do they love their job? What happens when a player is away from the stadium? Will they do drugs? Will they beat their wife, maybe murder someone? Those do happen.

Most of those factors are tough to measure using today's analytics. However, I would argue that it can be done to at least a moderate degree.

The easy answer would be standardized tests and scores, but those still need to prove themselves when we are talking about soft skills.

For now, a smart general manager or any smart employer can apply an analytics-style methodology to selecting the right candidates. It would require some extra thought and just a bit of extra work for the general manager, coach, and scouts.

For starters, the approach calls for a mandate that everyone in the evaluation process stays objective throughout the scouting process, right up until it's time for the final decision on drafting or signing an athlete. You evaluate, not advocate. There's no becoming infatuated with a player's potential based on a couple of video clips, and using data to just make your case.

Then, each candidate is evaluated using a common rating system based on maybe a dozen common questions or challenges presented during an interview and on observations when seeing the recruit play. I know of one coach who presents a common challenge to recruits: Here's a scenario, draw up a play utilizing my team's existing talent. It tests the recruit's intelligence, creativity, and and interest in playing for that team.

Supplement that data with the physical/performance data from the combine. Finally, add in the real intangibles, such as awards or "Worked nights in high school to help support the family after his father died." Then, on the negative side, "Twice arrested for bar fights." Maybe you use a pass/fail grade on the intangibles.

Roll everything together and you get a better, less biased picture of the young person that you are entrusting your billion-dollar business to. Then, write those million-dollar checks. Last I heard, $1 million is still a lot of money.

We welcome your comments on this topic on our social media channels, or [contact us directly] with questions about the site.
Comment  |
Email This  |
Print  |
RSS
More Insights
Webcasts
Maximizing Database Performance to Improve Customer Experience
[Dark Reading Virtual Event] Your Crash Course on Cyber Attackers
More Webcasts
White Papers
The Best Free Vulnerability Management Tools
When and How to Best Leverage an MSSP
More White Papers
Reports
Special Report: Edge Computing: An IT Platform for the New Enterprise
Remote Network Management: The Enterprise at Home
More Reports