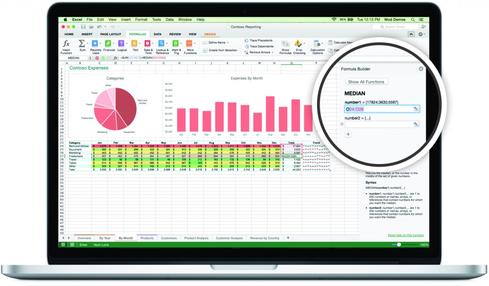 Microsoft is getting ready to launch another version of its productivity suite for Apple's OS, five years after its release of Office for Mac in 2011. The newest version of Office is now available for preview by Mac users.

This is the latest in a series of efforts by Microsoft to broaden its services among competing platforms. An iPad-compatible version of Office launched in 2014, followed by Office for Android tablets and Outlook for iOS and Android in early 2015.

Beyond the updates to iOS and Android, a slew of Office-related news has been coming from Redmond. Microsoft recently gave Windows Insiders the opportunity to test Office for Windows 10, revamped Office Online, and broadened cloud integration for its line of Office apps. It also teased new details on Office for Windows 10 at this week's Mobile World Congress.

As per CEO Satya Nadella's "mobile first, cloud first" strategy, Office 2016 for Mac is driven by the cloud. It's designed so that documents are accessible across OneDrive, OneDrive for Business and SharePoint across personal and work devices by signing into an Office account.

This preview of Office for Mac 2016 includes upgraded versions of Word, PowerPoint, Excel, Outlook, and OneNote. It's free to test, but when it launches later this year, Office 2016 will require a subscription to Office 365 or purchase of an individual package if users want to do more than read or print Office documents.

Opinions on the 2016 platform note that the current Office for Mac 2011 looks outdated in comparison to a new design that resembles a mix of the older Office and fresh Windows interface. In a blog post on the announcement, Microsoft wrote that the new apps offer full retina display support and thousands of retina-optimized graphics.

The redesigned Ribbon UI now fits with the theme of OS X. It also offers a new task pane interface that organizes features so they can be easily located. The new OS is required for download, which should be welcome news to Apple as it gives users another reason to upgrade to OS X 10.10 Yosemite.

Let's take a closer look at the updated Office for Mac apps and what each has to offer. Check out the features on the following pages, and then tell us what you like most (and last) about Microsoft Office for Mac 2016 in the comments section below.

Agreed - it's about time we saw an Office for Mac upgrade! A few years ago I never thought I'd regularly use a Mac, and now I can't imagine working without one. Really looking forward to seeing the full version of this when it launches, hopefully they can make even more improvements to what we're seeing now.
Reply  |  Post Message  |  Messages List  |  Start a Board