Container spec has been sanctioned as a self-governing project under the Linux Foundation umbrella. Next up: election of its Technical Advisory Board.

The Open Container Initiative, which was formed last June to set the future direction of container technology, has established its self-governance and new status as a collaborative project of the Linux Foundation, as of December 8. In an interview with InformationWeek, Docker's lead representative to the initiative, Patrick Chanezon, chief developer advocate, said creating a self-governing body was crucial to maintaining cooperation among the competing members of the initiative.

The primary body is the OCI's Technical Developer Community, which includes the 26 contributors to the OCI specification, its runtime, and reference implementation, plus the nine maintainers who review and approve the work going into each OCI component. The maintainers include those from OCI founders Docker, CoreOS, Google, and Huawei, plus five from other community members. This community is responsible for the ongoing development of the specification and runtime, and for timing their releases, Chanezon said.

The Developer Community and the 41 existing members of OCI will next form a Technical Oversight Board, which will oversee the different elements of the project, guarding against inconsistencies within its different elements and serving as a court of appeals for any disputes that arise among the different development groups, Chanezon explained.

[Want to learn more about how Docker is adding security to containers? See Docker Tightens Security Over Container Vulnerabilities.]

Next, the Technical Oversight Board will be elected and empowered to guide development efforts along the lines of an already-defined roadmap published on Github. While that task sounds simple, OCI has set an ambitious goal of providing a specification and runtime environment that is vendor neutral and also capable of running on three different hardware architectures and four different operating systems. The hardware targets are Intel x86, ARM, and the IBM z System, or mainframe Power chips. The operating systems are Linux, Windows Server, Solaris for x86, and IBM's mainframe z OS.

The members of the OCI group, developers and users alike, had to agree to establish a viable form of self-governance for OCI to become a project of the Linux Foundation, which it is as of Tuesday, December 8, Chanezon said.

"OCI wants to be the lingua franca for containers so member companies can be sure their containers will run on any architecture, any cloud," he said. 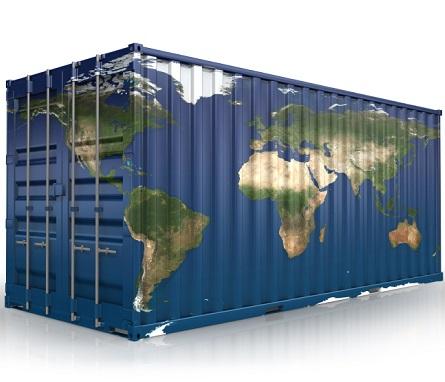 The members, which include Amazon, Google, IBM, Oracle, Microsoft, Red Hat, and EMC (all participants in an early and frustrating race to establish virtual machine technology) seem to have taken the lessons of that experience and brought them to the OCI. EMC's VMware, the biggest winner of the VM competition (at least inside the enterprise), is also a member, having recognized that the cloud has changed the terms of competition this time around.

Chanezon said work on the specification has progressed since June while the governing structure was taking its final shape. "We're pretty advanced. You can follow the specification and compile code and create containers that run today."

Nevertheless, the specification is still a way from its generally available stage. "We're not at a 1.0 version yet. It's more like 0.1 or 0.2," he said

Work on a shared specification got underway when Docker and CoreOS buried the hatchet and agreed to get behind a common industry spec.

CoreOS, trailing Docker in the marketplace, proposed a specification, and in June Docker agreed to contribute its formatting approach and its runc runtime implementation to the initiative. As outside contributions were added to the spec and runtime, Docker's latest release, 1.9, has become a slightly different implementation from the OCI's. But Chanezon said Docker is committed to implementing the OCI version of the spec and runtime in either its next release (Docker 1.10) due out in January, or the one after that (Docker 1.11) due out in March.

"This level of industry support illustrates the prevalence of container technologies across IT infrastructures, much in the way we saw with virtualization 10 years ago," said Jim Zemlin, executive director of the Linux Foundation, in the December 8 announcement.

The membership of the initiative believes that standardizing the base technology will allow a spirited competition to emerge in the areas of innovating tools, management services, and new applications on top of the core elements. The initiative is a welcome addition to the Linux Foundation's collaborative project ecosystem, Zemlin noted.

Charles Babcock is an editor-at-large for InformationWeek and author of Management Strategies for the Cloud Revolution, a McGraw-Hill book. He is the former editor-in-chief of Digital News, former software editor of Computerworld and former technology editor of Interactive ... View Full Bio
We welcome your comments on this topic on our social media channels, or [contact us directly] with questions about the site.
Comment  |
Email This  |
Print  |
RSS
More Insights
Webcasts
Fintech at SaaS speed: Navigating the scale & security challenge
Disaster Recovery/Business Continuity in the New Normal
More Webcasts
White Papers
Palo Alto Networks Zero Trust Maturity Model
Research from STL Partners and Vertiv Reveals Why Telcos Should Prioritize Efficiency and Sustainability in 5G Network
More White Papers
Reports
The State of Malware Threats
Gartner Market Guide for Insider Risk Management Solutions
More Reports

Patrick Chanezon is a good figure to lead Docker's part in this effort. He's had open source development experience in France, worked at Sun, VMware and Microsoft and tells a funny story about starting work the same day in 2005 at Google as Vint Cerf, one of the founders of the Internet. When they met, Chanezon said he was wearing a T-shirt and Cerf one of his patented three-piece suits. See this blog.  http://typo.chanezon.com/articles/2005/10/05/vint-s-first-day-at-google
Reply  |  Post Message  |  Messages List  |  Start a Board
InformationWeek Is Getting an Upgrade!