Ready to get productive with Apple iOS 7? Check out this advice regarding its new features.
Jeff Bertolucci
Contributor
September 24, 2013 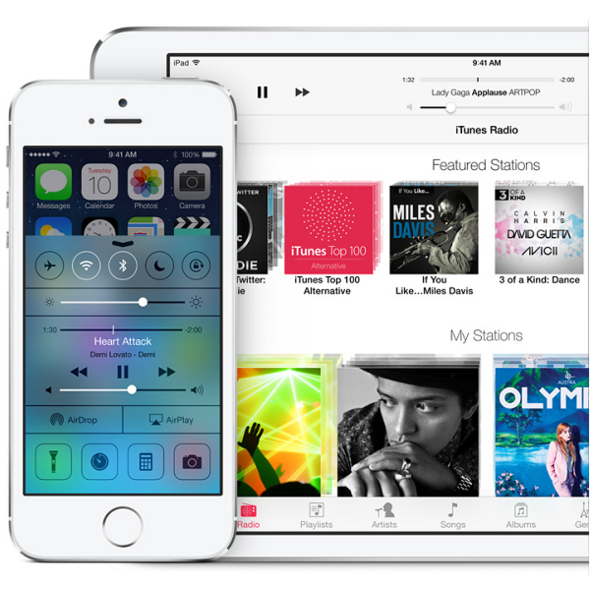 Opening weekend sales figures for the iPhone 5c and 5s were good news for Apple: 9 million new iPhones sold between Sept. 20 and Sept. 22. The numbers easily surpassed analyst estimates of around 6 million, and might have silenced, albeit temporarily, critics who fear that consumers are getting bored with Apple's flagship product.

The number of downloads for iOS 7, the latest version of Apple's mobile operating system, was impressive too: More than 200 million iOS devices were upgraded to iOS 7 within the first few days of its Sept. 18 release, the company reported. Unveiled at the Apple Worldwide Developers Conference (WWDC) on June 10, iOS 7 features a redesigned user interface and is the first major overhaul of iOS since it debuted with the original iPhone back in 2007. (Fun fact: Apple initially didn't call its mobile operating system "iOS," but rather referred to it as a scaled-down version of the OS X desktop operating system. Apple rebranded it "iPhone OS" in 2008, and later changed the name to "iOS" with the arrival of the iPad in 2010.)

By now you're aware that the physical makeover of iOS 7 -- translucency, new icons, softer colors, and so on -- is the operating system's most striking change. Understandably, it received most of the public scrutiny prior to last week's launch, with at least one critic deriding the new pastel palette as perhaps a bit too girly.

Overall, however, the response to iOS 7's dozens of enhancements has been positive. Upgrades include AirDrop, which makes it easier to share files wirelessly between iOS apps. Popular shooting formats such as still, video and panorama are easier to find in the updated Camera app, which also has new Instagram-style filters. And the new iTunes Radio challenges streaming audio services such as Pandora and Spotify.

A few features announced prior to last week's release weren't available at launch. Apple says its iOS in the Car feature, which allows users to connect iPhone 5 devices to a compatible car's built-in display, is coming soon. And iCloud Keychain, which lets iOS 7 and OS X 10.9 Mavericks users securely store passwords, account names and credit card information in iCloud and sync the data among their Apple devices, is missing as well. (Several popular third-party apps, including Dashlane and LastPass, store and sync this information as well, so iOS users have other options besides iCloud Keychain.)

Ready to get more productive with iOS 7? Click through our slideshow to take advantage of some great tips and tricks. Let us know any additional advice you have to share with other iOS 7 users via the comments section.