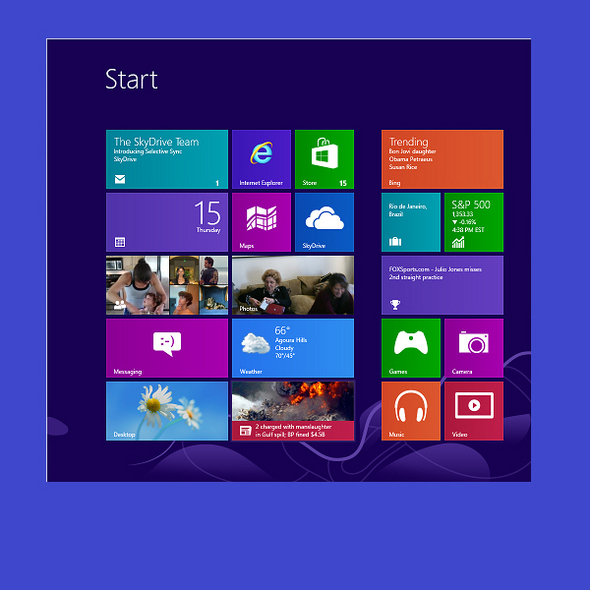 Windows 8 has a dual personality. Its hybrid interface represents both the Windows of the future -- the slick, touch-oriented Start screen with its colorful Live Tiles -- and of the past, better known as the Windows Desktop.

The venerable Desktop has been around since Windows 95 (yes, 17 years ago), and for good reason: It's a mature UI that's well-suited for a keyboard-and-mouse PC. To borrow one of Apple's pet phrases: It just works. Unfortunately, the Desktop in Windows 8 is a little less capable than its predecessors. It lacks a Start menu, the starting point for finding local files and programs UI, and feels tacked on. Windows 8 novices, particularly those who've upgraded from earlier versions of Windows, will find themselves jumping between the new Start screen and the old Desktop to perform basic tasks.

If this sounds confusing, well, you'll probably have plenty of company as more users upgrade to Windows 8. Because by trying to be all things to all users -- it's a desktop OS! A mobile OS! -- Windows 8 is a big ol' mess.

Don't get me wrong. The new Windows 8 Start screen is wonderfully designed, particularly for multitouch tablets and hybrid tablet/laptop devices with keyboards, such as Microsoft's new Surface RT.

The problem is that the Windows 8 Start screen and the old-school Windows Desktop shouldn't coexist in the same OS. Each works very well on its own, but Microsoft made the mistake of cramming both in the same UI. The result is a design compromise that will please no one. (In fact, I didn't appreciate how polished the Windows Desktop truly was until I began using its crippled Windows 8 variant.)

To be fair, there's a lot to like in Windows 8, particularly if you spend the majority of your time navigating the new Start screen, running apps downloaded from the Windows Store, and avoiding the Desktop like the compromise solution that it is. The best way to achieve this is to buy a new Windows 8 PC or tablet, but leave your old Windows 7 machines unchanged.

Which raises an important question: Will most enterprises bother to upgrade to Windows 8, particularly when Windows 7 is so capable? There's a good chance many will not, as doing so could result in a litany of end user gripes, costly retraining sessions, and lost productivity.

If you plan to upgrade to Windows 8, click through the slideshow below. We selected 10 great apps and utilities from Microsoft's Windows Store, some of which will help ease the transition from earlier versions of Windows.