As Microsoft and its hardware partners produce Windows 8 devices in droves, here's a look at some of the more noteworthy launches.
Paul McDougall
Editor At Large, InformationWeek
October 26, 2012 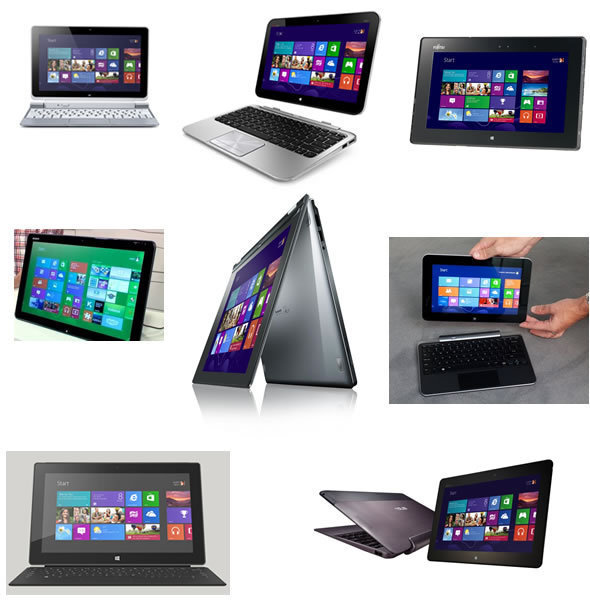 Microsoft on Friday rolled out its long-awaited Windows 8 operating system, and hardware makers quickly followed suit -- unveiling a slew of new products that take advantage of the software's touch-friendly interface and mobile capabilities.

Make no mistake, Windows 8 will arrive in more form factors than the PC industry has ever seen previously. More than 1,000 new PCs have been certified for the OS, according to Microsoft. There will be the traditional desktops and laptops, but they'll be joined by a wide range of tablets, hybrids, convertibles and even large-format display systems like Sony's VAIO Tap 20. "The lineup is both diverse and stunning," said Microsoft CEO Steve Ballmer, at a launch event Thursday in New York. "Everybody should be able to find their perfect PC."

Starting, Microsoft hopes, with its own offerings. For the first time, the company is entering the PC hardware business with the launch of its Surface tablets. Surface RT runs Windows RT, a Windows 8 variant that promises all-day battery life but will only run the Metro versions of Office and apps downloaded from the Windows Store. Surface Pro runs Windows 8 Pro, which will run Metro apps as well as legacy software.

OEMs may be wary of Microsoft's plans, but that hasn't stopped them from coming to the Windows 8 table with a full lineup of their own. Dell, Fujitsu, Acer, Sony, Hewlett-Packard, Lenovo and all the other usual suspects introduced new Windows 8 products in the weeks leading up to Friday's launch. All of their systems will have one thing in common. They boot to the Metro (or, as Microsoft has subsequently called it, Modern UI) interface.

The interface is controversial, in that it replaces the familiar Windows desktop and Start button with Metro's Live Tiles interface, which first saw life on Windows Phone. But as Microsoft's Windows division chief Steven Sinofsky reminded the audience during Thursday's keynote, Start wasn't always part of Windows. "It's familiar today, but was completely new when it was first released," as part of Windows 95. That OS represented one of the more radical redesigns in Windows history. Windows 8 takes it a step further. "In creating Windows 8, we shunned the incremental. We boldly reimagined Windows. From the chipset to the experience, Windows 8 is the next generation of Windows," said Sinofsky.

PC makers say users should take some time to play around with Windows 8 to discover its full capabilities. "Windows 8 is not just an interface that is finger friendly. It allows you to do things on a PC that you didn't do before," said Paul Moore, senior product manager for Fujitsu America. "Like the way the apps fade into the background, or how we now have Instant on and Instant off. It gives you the user experience you're looking for."

Traditionalists shouldn't panic either. Windows 8's touch interface overlays the standard Windows Explorer desktop, which is accessible through a single tap or mouse click. Hint: To get there, hit the Live Tile that says "Desktop."

Now look at some of the innovative devices tapping into Windows 8.