8 Ways Microsoft Could Save Windows 8 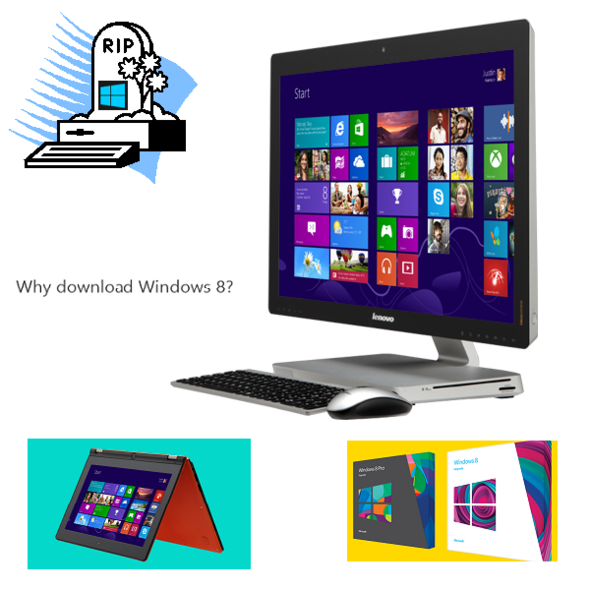 Microsoft's bold new Windows 8 has been a bust so far. Featuring a radical makeover -- the first truly new interface since Windows 95 arrived nearly two decades ago -- Windows 8 isn't exactly inspiring consumer or enterprise users to upgrade from earlier versions. Nor is it spurring them to buy new PCs. According to IDC, worldwide PC shipments in the first quarter of 2013 fell nearly 14% from the same period a year ago -- the biggest decline since the research firm began tracking PC sales in 1994. And if you think IDC's math might be bad, think again; Gartner pegged the sales drop at a slightly-less dreadful 11.2%.

Windows 8 isn't solely to blame for lagging PC sales, but it doesn't seem to be helping, either. Its anemic launch contrasts greatly with Windows 7's debut, which boosted third-quarter 2009 sales of Windows PCs by 49% year over year, according to The NPD Group.

So is Windows 8 really that unappealing, or are other factors to blame? To be fair, PC sales likely would have lagged anyway, with or without Windows 8. Consumers are flocking to tablets, a market that Windows' new touch-oriented Modern UI is designed to infiltrate, and one where Microsoft is conspicuously absent. Rather than replace or upgrade their old Windows PCs, people are snapping up iPads and Android slates for entertainment, email and Web browsing.

As for enterprise users, they're in the process of upgrading to Windows 7, which retains the traditional desktop user interface and is less expensive than Windows 8, particularly when you add in the cost of retraining staff to use the latter's new interface.

Microsoft, it seems, has a dilemma on its hands. The market is unhappy with Windows 8, which is better suited to multi-touch tablets than mouse-and-keyboard PCs. The addition of touchscreens to laptops and desktop PCs could help Windows 8's chances, but it's unclear how touch would improve the traditional computing experience, particularly for business users who spend most of their day inside Excel spreadsheets and Word documents.

The next Windows upgrade will be telling. Will Microsoft stay the course and continue to tinker with the Modern UI, hoping that its sizable customer base sees the virtue of Windows' new look and feel? Will it bring back the old Windows 7-style desktop, at least for PCs? Or will it drop the old interface entirely and force its customers to adopt the Windows 8's Modern UI, warts and all?

Our slideshow explores eight steps that Microsoft could take to revive its flagging Windows franchise. What do you think Microsoft should do? Add your take below.