SEARCH
A minimum of 3 characters are required to be typed in the search bar in order to perform a search.
Announcements
Event
SupportWorld Live: May 15-20, 2022 | MGM Grand, Las Vegas, NV
Event
Data Center World is the leading global conference for data center facilities and IT infrastructure professionals.
Report
IT Enterprise Dashboard: This interactive data tool enables access to global research on IT budgets, business challenges
Event
Get in-depth insights & analysis from experts on all aspects of communications, collaboration, & networking technologies
Report
Find out what you need to know so that you can plan your next career steps and maximize your salary.
PreviousNext
Operating Systems
Slideshow 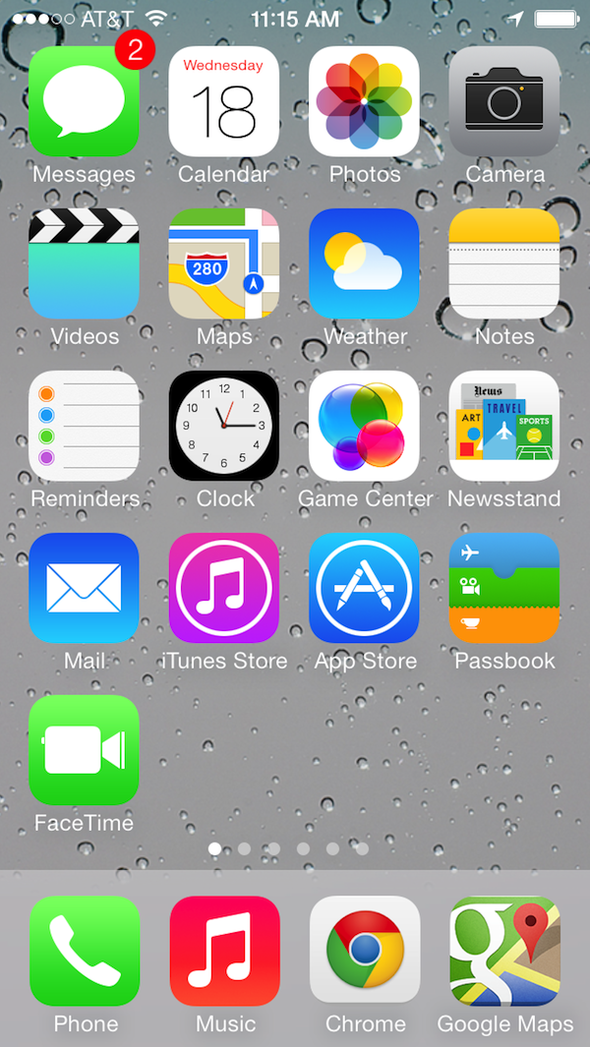 Apple's iOS 7 will be compared to Microsoft Windows 8 because redesigns of successful products are thankless. Microsoft got into trouble by trying to make Windows work across desktop PCs and tablets while forcing its new Metro interface on customers. It was too much to ask, too quickly -- particularly of business customers, who view change as a risk.

Apple isn't trying to overhaul its interface. It isn't tearing down the underlying structure and rebuilding. It's polishing, renewing and shifting some walls.

iOS 7 manages to be both familiar and engagingly different. There will be complaints, but the praise will be louder. It is fundamentally a vital and beneficial update for Apple's mobile products.

iOS 7 looks more sophisticated. Skeuomorphism, the simulation of real-world textures in digital designs, has been mostly banished. The typography is more refined, the colors more harmonious and dynamic, and the inclusion of background parallax -- a 2-D simulation of the way objects at different distances appear to move at different speeds when the viewer's perspective shifts -- gives a sense of depth.

The graphic elegance might come at a cost: Time and power. The transition animations in iOS 7 take a bit longer than their plain predecessors, trading some efficiency for aesthetic enrichment. And users of beta versions of iOS 7 complained about poor battery life, which isn't surprising with so much graphics processing and the growing popularity of location services. If Apple hasn't managed to address these issues already, expect a chorus of complaints and the rapid release of an update.

But iOS 7 brings changes of substance in addition to changes of surface. Control Center, for example, provides quick access to a number of useful settings simply by swiping up. This alone is a meaningful improvement over swiping back and forth through multiple app screens to find the Settings icon and then trying to navigate down that rabbit hole.

AirDrop is another useful addition. It simplifies the process of sharing files between iOS apps. It would have been better if it could share files with any mobile device or at least with OS X devices. But it's better than syncing with iTunes and then dragging files out of iTunes.

There's a lot more to iOS 7 than that. Read on to see some of the highlights and tell us what you think. Is iOS 7 going to be a hit?

The price might help: iOS 7 is available, free, for: the iPhone 4, 4S, 5, 5C and 5S; the iPad 2, third- and fourth-generation iPads, and the iPad Mini; and the fifth-generation iPod Touch. Devices need at least 3 GB of free space for the installation process, but the actual download ends up taking only about 650MB to 750MB of space, depending on the device.