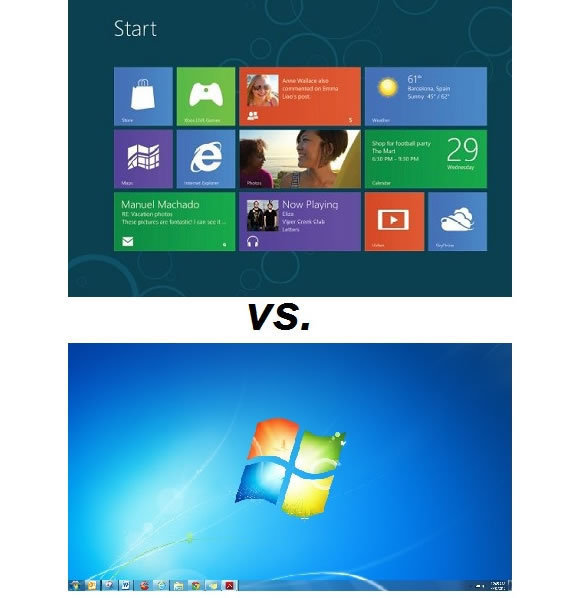 Windows 8 is the most controversial product to come out of Microsoft since Office 2007, which stunned longtime users with a radically new ribbon interface that replaced the traditional toolbar-and-menu motif. So what's Windows 8's crime? Well, pretty much the same thing: An extreme makeover designed to keep Windows relevant in a computing marketplace that increasingly favors tablets and smartphones over laptops and desktops.

As an InformationWeek reader, you've probably already read up on Windows 8's new Metro interface, so we won't rehash the specifics here. And if you haven't, here's a good overview of what to expect when the new OS ships later this year.

Critics are claiming that Windows 8's touch-centric UI, essentially repurposed from Microsoft's critically-praised but publicly-ignored Windows Phone OS, is a poor match for PCs, few of which have touchscreens. They may have a point, but the verdict on Windows 8's "Metro" design will remain out until millions of PC users have had a few months to put the OS through its paces.

There's a lot more to Windows 8 than a flashy new Start screen, however. In fact, the OS's other upgrades may resolve many of problems you've encountered with Windows 7 for the past two-plus years.

Does Windows 7 boot too slowly for your tastes? Well, Windows 8 has a fast-startup feature that dramatically shortens boot times, particularly if your PC has a solid state drive (SSD). Do its mediocre file-copying tools leave you cold? The new OS is much better in that area too. And Windows 8 makes it easier to reset a misbehaving PC to its original state.

Granted, these reasons alone aren't enough to warrant a Windows 8 upgrade. And if you're like most Windows users, you won't give the new OS a spin until it comes preinstalled on a new PC, whether that's at work or home.

Whatever your feelings about Windows 8, you've got to give Microsoft credit for making a bold move. Because as hard as it is may seem, Redmond's Windows franchise is in trouble. A recent study by research firm IDC predicts that Android will be the dominant operating system for "smart connected devices"--meaning PCs, tablets, and smartphones--by 2016. Indeed, Windows must change to stay relevant in a mobile-oriented world.

If you must hate Windows 8 already, feel free to do so. But first click through the slideshow below to explore some of Win 8's attributes. You just may change your mind.