SEARCH
A minimum of 3 characters are required to be typed in the search bar in order to perform a search.
Announcements
Report
IT Enterprise Dashboard: This interactive data tool enables access to global research on IT budgets, business challenges
Event
Get in-depth insights & analysis from experts on all aspects of communications, collaboration, & networking technologies
Event
Data Center World is the leading global conference for data center facilities and IT infrastructure professionals.
Report
Find out what you need to know so that you can plan your next career steps and maximize your salary.
PreviousNext
Operating Systems
Slideshow

With the introduction of Windows 8 and Windows RT, Microsoft splits its flagship OS into two distinct flavors. Examine the most important contrasts.
Jeff Bertolucci
Contributor
August 23, 2012 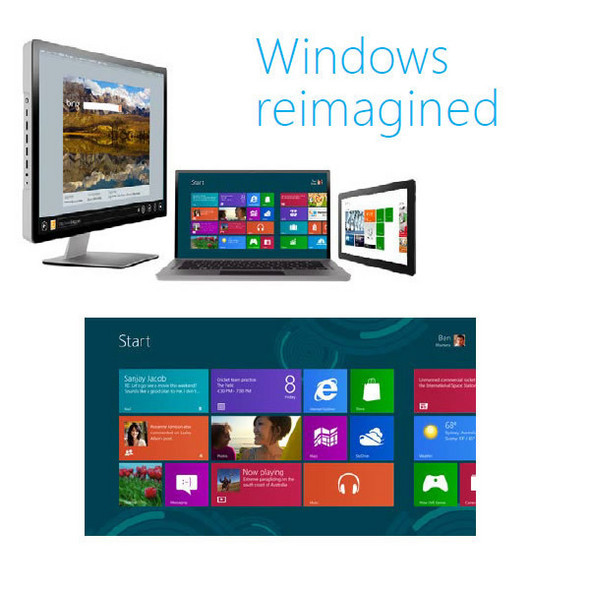 When Microsoft launches Windows 8 on October 26, it also will unveil Windows RT, a new version of Microsoft's operating system designed specifically for ARM-based devices. Windows 8 and Windows RT have much in common, particularly the Modern UI Style (formerly Metro) design, with Live Tiles that dynamically display personalized information such as the current weather or the number of messages in your inbox. However, they have dramatic differences as well, most notably Windows RT's inability to run legacy (Intel X86-based) Windows apps.

It's tempting to think of Windows RT as an OS built only for consumer tablets, but Redmond says that's not necessarily the case.

"Windows RT is not just for tablet form factors. Some of our Windows RT PCs come with full keyboard and touchpad solutions, whether removable/dockable or a traditional clamshell," wrote Mike Angiulo, VP of Microsoft's ecosystem and planning team, in a recent post on the company's Building Windows 8 blog.

In an August 12 podcast, Forrester VP and principal analyst Frank Gillett said that Windows 8 and the upcoming Windows Phone 8 are intended to bring Microsoft--and Windows PCs--into the "highly multitouch-enabled world of mobile devices."

So where does Windows RT fit into this strategy? RT-based tablets like the Microsoft Surface RT are "meant to try to go head-to-head with the iPad," said Gillett. Windows RT slates lack key enterprise features--which we'll discuss in the following slideshow--but are thinner and less power-hungry than Windows 8 tablets.

The growing popularity of business devices that run non-Microsoft operating systems, most notably Google's Android and Apple's Mac OS and iOS, means that Redmond's days of enterprise-computing dominance may be over.

"Microsoft will not be dominant again--Microsoft will be relevant. I think they're going to drop to 50% or less of the operating systems used for work," said Gillett, who added that Microsoft would remain "the largest player" in an increasingly fragmented market.

Android tablets, unlike Android phones, may have a tough future. "The OEMs have gotten frustrated with the tablet ecosystem with Android, and are switching their bets to Windows 8," Gillett said.

Dig into our slideshow to learn the key differences between Windows 8 and Windows RT.