Popular software for running multiple virtual machines on a Mac, including Windows, gets a major upgrade. Windows users on Mac can take advantage of Mountain Lion features like multi-touch gestures, dictation and notifications. Windows can use the Retina display to its full potential. Overall, Windows apps feel more part of the Mac experience.

Parallels has released a major update to Parallels Desktop for Mac, the most popular solution for running virtual machines, primarily Microsoft Windows, on a Mac simultaneously with Mac applications. Parallels Desktop 8 for Mac adds support for OS X 10.8 (Mountain Lion) and Windows 8.

Parallels users can install and use Windows 8 like any other version. According to the company, over 300,000 customers have already downloaded one of the Windows 8 preview builds and installed them in Parallels. Eventually users will be able to buy, download and install Windows 8 from within Parallels.

Parallels Desktop for Mac Enterprise Edition has also been updated with version 8 features. Enterprise Edition adds network manageability to Parallels along with other features necessary for enterprises, like deployment tools, enhanced support and an all-inclusive subscription.

Version 8 is available now to existing customers as a $49.99 upgrade. Retail versions will be available on September 4. The full Parallels Desktop 8 for Mac has an MSRP of $79.99. Parallels Desktop 8 Switch to Mac Edition is MSRP at $99.99, and the Student Edition costs $39.99. The Switch to Mac Edition includes a high-speed transfer cable with a smart chip for migrating a Windows installation on a PC to a Parallels VM on a Mac. It also includes 2 hours of tutorial videos for Windows users. The Student Edition is a fully-featured version, for personal use only on a single-user machine. You must be a student or faculty member of an academic institution to qualify for purchase. 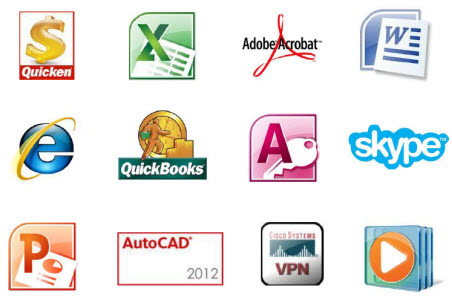 According to Parallels, there are more than 10,000 discrete Windows programs run in Parallels, but these are the most popular ones.
We welcome your comments on this topic on our social media channels, or [contact us directly] with questions about the site.
Comment  |
Email This  |
Print  |
RSS
More Insights
Webcasts
Securing and Monitoring Networks in the 'New Normal'
Building the SOC of the Future: Next-Generation Security Operations
More Webcasts
White Papers
Centralized Security Policy Management Across Hybrid Cloud Environments Should be an Obvious Strategy
Five Reasons to Protect your VPN with Multi-Factor Authentication
More White Papers
Reports
Assessing Cybersecurity Risk in Todays Enterprises
The Malware Threat Landscape
More Reports