Ultrabooks got off to a slow start -- but thanks to new Intel chips, Windows 8 and creative form factors, 2013 might be the breakout year.
Michael Endler
Associate Editor, InformationWeek.com
October 31, 2012 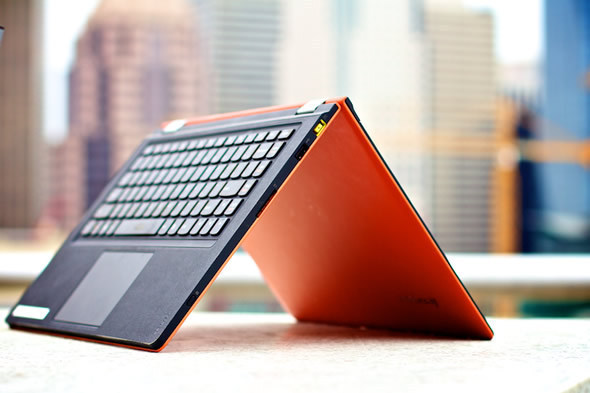 Windows 8 has arrived, and though Microsoft's Surface tablet might be the Win8 hardware grabbing the most headlines, Intel doesn't want you to forget that its Ultrabook program is getting an upgrade too. OEMs have been previewing new designs for months, eager to foment customer excitement -- not only for features the touch-friendly OS now enables, but also the new, sometimes experimental form factors that are finally becoming available.

For some manufacturers, new designs have been compelled by the continued pursuit of thinness, the Ultrabook line's original hallmark. For others, slim profiles are just a starting point; docking stations, removable screens, rotating displays and more have been thrown into the mix, resulting in a slew of devices that strive to blur the line between tablet and PC.

Windows 8 factors into this convergence effort as well. On the one hand, its tile-based Modern interface, formerly called Metro, drops the familiar Start menu in favor of a tablet-like, touch-enabled experience. On the other hand, Windows 8 still preserves the PC experience thanks to its compatibility with legacy x86 applications (something Windows RT lacks).

If all goes according to plan, the next generation of Ultrabooks will accommodate work and play, consumption and productivity. Thanks to BYOD, consumers are increasingly dictating enterprise adoption, so the rewards could be substantial for devices that find the right blend.

According to Ron DeLine, Intel's director of marketing for the Ultrabook program, this new breed of computer was always conceived as a multi-year journey. "It's going to take some time to get products to market and improved," he said in an interview. "So we've seen this as chunks or phases, and the first phase was to get the ecosystem bought in, to convince [OEMs] that if they invested with us in thin components, that there'd be a market for them at the end of it."

Given that Ultrabook sales to date have been disappointing, this narrative might seem too convenient, too focused on a forward-looking vision that glances straight past the present. Then again, some of the same analysts who've been downgrading Ultrabook sales forecasts have also been projecting substantial growth over the next few years -- a story that echoes DeLine's.

Plus, the OEM enthusiasm that Intel has cultivated contrasts sharply with the dearth of partners standing alongside rival chipmaker AMD when it announced its own Windows 8-centric processor.

In other words, Ultrabooks might not be a slam dunk yet, but kneejerk cynicism isn't a justified response to the program's modest first phase. And with new models now hitting stores, it might be downright obtuse.

Are Ultrabooks ready to hit the big time, and will they play a major role in positioning Intel for future success? Will buyers be persuaded by the addition of Windows 8, or the introduction of new form factors? Read on for six reasons why you might consider an Ultrabook.