The carrier had blocked FaceTime over mobile data for users not on their Mobile Share plans, generating outrage among some users and activists. A report says that some users are seeing the feature turned on for them, but we confirm that not all users have this feature available now.
Larry Seltzer
Contributor
November 26, 2012

MacRumors is reporting that AT&T has quietly turned FaceTime on for all iPhone users over their cellular data connections.

Prior to the release of iOS 6, Apple allowed FaceTime communications only over Wi-Fi connections. AT&T began allowing cellular FaceTime with iOS 6 to a select group of customers with their Mobile Share plans, a shared data agreement the company is migrating towards. However, there was some outrage over the decision, including one group complaining to the FCC.

The report in MacRumors, which has not been confirmed with AT&T, notes that some users report FaceTime working over cellular and some don't. We tested it in New York City and it didn't work for us. It's reasonable to suppose that if AT&T were rolling such a feature out, they would do so slowly, in different regions, in order to minimize any problems.

An AT&T source tells us that the feature will be rolled out over a 6 to 8 8 to 10 week period. 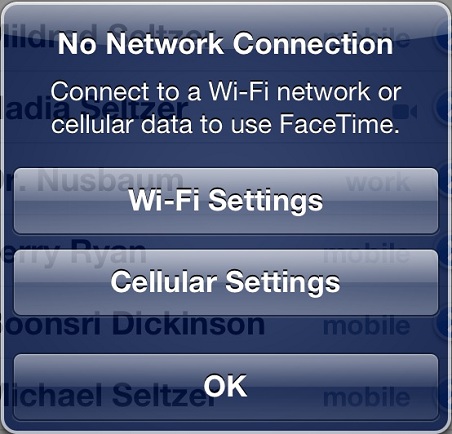