SEARCH
A minimum of 3 characters are required to be typed in the search bar in order to perform a search.
Announcements
Event
SupportWorld Live: May 15-20, 2022 | MGM Grand, Las Vegas, NV
Event
Data Center World is the leading global conference for data center facilities and IT infrastructure professionals.
Report
IT Enterprise Dashboard: This interactive data tool enables access to global research on IT budgets, business challenges
Event
Get in-depth insights & analysis from experts on all aspects of communications, collaboration, & networking technologies
Report
Find out what you need to know so that you can plan your next career steps and maximize your salary.
PreviousNext
PC & Servers
Slideshow 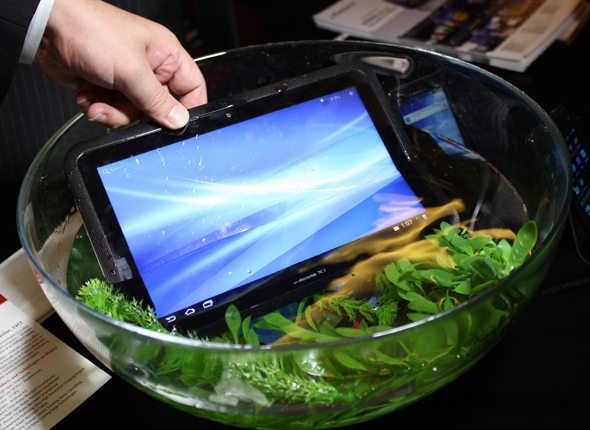 The days of showing off electronic prototypes shoved into generic boxes are gone from the Consumer Electronic Show. The CES: Unveiled show provides press and analysts a chance to preview some of the newly announced products in a space that's a little more intimate than the Las Vegas Convention Center. The one constant across the gear we saw was an unparalleled attention to design along with (mostly) good utility.

True to form for CES, we saw products that ranged from gear bags to high tech thermostats--complete with speakers, and everything in between. The other trend that dominated Unveiled was either compatibility with or dependence on Apple technology. Many of the products we saw were solely designed compatibility iProducts.

One other notable trend, products introduced here weren't particularly cheap. We expect that trend will continue when the main show kicks into gear on Tuesday.

Thinking you'd like to move to Android tablets for your industrial application, but worried about a less than friendly environment? Fujitsu may have the answer. This 10.1" quad core tablet runs Android 3.2 weighs in at 597 grams and is water resistant. The tablet could be used by delivery drivers or others who need a tablet that can take a little abuse. These tablets might also be just the ticket for teenagers and others who are hard on their toys. Fujitsu also includes a hand gesture recognition system that allows device operation without you actually touching the tablet.

For more coverage of the show as it unfolds, be sure to visit InformationWeek's CES 2012 Special Report.