eBay has decided that advertising inside mobile apps is not worth the effort and that they will end all ads inside their own mobile apps. What does this mean for the future of mobile advertising?
Boonsri Dickinson
Associate Editor of BYTE
December 19, 2012

Advertisers have wondered for years if mobile ads would be as successful as mobile devices themselves. The problem is that advertising on a smartphone's small screen can irritate users if it distracts from the content presented.

What does Devin Wenig, eBay's president of global marketplaces, think of advertising inside mobile apps? In an interview with AllThingsD, Wenig said "It's not worth it" and that the company will stop running ads embedded in its applications. The compromise of the user experience isn't worth the small amount of money generated, he said.

This is interesting timing for mobile advertising in general, given the news this week that Instagram announced ad policy changes suggesting that it could use photos for advertising. After social media protest on the Internet, the photo sharing app is rethinking its policies regarding user-generated content.

Brian X. Chen wrote in The New York Times that mobile ad spending is up and companies such as Facebook and Google are taking advantage of this growth. Even so, mobile advertising spending is still a very small piece of the digital advertising budget. 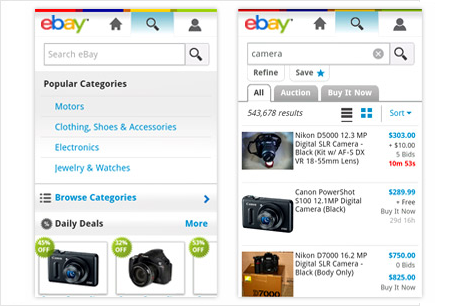