In Defense Of Michael Arrington 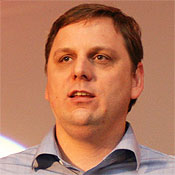 Since 2005, Michael Arrington has been at the helm of TechCrunch, and in that time he has garnered more readers and more critics than nearly any blogger in the industry. His mini-collage of news, views, job postings, and Who's-Who in the industry (CrunchBase) has helped Arrington and his staff to rise fast and claim immediate influence in tech press circles.

And yet, the man pisses more people off than Ann Coulter, George Steinbrenner, and Amy Winehouse combined.

His verbal barrages directed at journalists are legendary. His demand that PR agencies adorn him with scoops and exclusives has won him the ire of startup companies. And his journalistic ethics were severely questioned when he started naming names in an expose (Re: Why Google Employees Quit).

This week, Arrington's arrogance came back to haunt him.

"Yesterday [Jan. 27] as I was leaving the DLD Conference in Munich, Germany, someone walked up to me and quite deliberately spat in my face," Arrington said in a column. "Before I even understood what was happening, he veered off into the crowd, just another dark head in a dark suit. People around me stared, then looked away and continued their conversation."

The blog post dubbed "Some Things Need To Change," Arrington goes onto say that he's been grabbed, pulled, shoved, and otherwise abused at events, but never spat on. Arrington, who is often confrontational, claimed he was tired and wanted to avoid the umpteenth product pitch of the day.

"...When I saw this person approach me out of the corner of my eye, I turned away slightly and avoided eye contact. Sometimes that works. But in this case all it did was make me vulnerable to the last thing I expected," he said.

The story could have quietly ended there, but Arrington also revealed that he and his family have been the subject of death threats and that he's spent more than $2,000 a day on security. The TechCrunch offices were even vacated for a week as a precaution.

Reflecting on his current situation, Arrington announced that he would be taking most of February off from writing and would spend the time evaluating what is important to him.

Did he deserve such harsh treatment? Perhaps. But, love him or hate him, let's not forget one thing: Michael Arrington is a human being. Someone walked up to him in public and spat in his face. That's pretty disgusting no matter who you are.

What troubles me more is that the media at large could be blamed for actions specific to Arrington. I would hate to think that negative reviews of products or services could garner physical threats against journalists, even in this economy.

Can you imagine Tim O'Reilly, Robert Scoble, or John Battelle getting a spit in the eye, or a shoe to the head?

If Walt Mossberg ever said something negative about Apple, would that give Steve Jobs the right to publicly humiliate Walt? I should hope not.

As editors, we strive to be as objective as possible. Sometimes you have to call the ball where it lies. I've gotten my share of nasty calls following a tough review or a sensitive article, but I've not been threatened with physical harm.

I've never met Arrington. I do not support bully pulpit journalists, but I hope this incident will be the last time we hear about physical assaults on the tech press. It's just not good business.

Comments are closed on Arrington's post, but you may feel free to discuss this in the space provided below.