Intel Up, AMD Down In Global Microprocessor Shipments 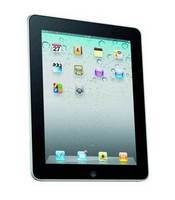 Buying patterns reflected the ongoing shift back to laptop processors from Intel's Atom chips, which dominated the netbook market in 2009. The inexpensive mini-laptops were the hottest selling PC category during the economic recession. The shift back to mainstream and high performance laptops drove the significant increase in average selling prices.

Intel's market share in terms of shipments increased 0.4% in the fourth quarter to end the year with an 80.7% share, an increase of 1.1% over 2009. Advanced Micro Devices' share fell by equal amounts in the quarter and the full year. The chipmaker ended 2010 with a 19% share.

In terms of form factor, Intel ended the year with 86.4% of the mobile PC market, 93% of the server and workstation market, and 72.1% of the desktop chip market. Intel's share increased in each category, while AMD's share fell by equal amounts to 13.3%, 7%, and 27.6%, respectively.

IDC forecasts a 10.1% year-to-year increase in overall shipments of microprocessors this year. Driving the increase is the rise in corporate spending on servers and commercial desktops and PCs. This month, computer makers Dell and HP released earnings for their last fiscal quarter that showed both companies benefiting from corporate sales, while consumer sales remained weak.

IDC called its 2011 forecast "conservative," saying the shift by many consumers to tablet computers and economic concerns in Europe and the United States could have an impact on the PC processor market.