SEARCH
A minimum of 3 characters are required to be typed in the search bar in order to perform a search.
Announcements
Report
How does your salary stack up? 2022 IT Salary Survey Results Revealed
Event
Learn about the latest technologies that are revolutionizing identity governance and access management
PreviousNext
PC & Servers
2 min read
article

The Apple rumor mill has been very accurate in recent times, but the latest stories of a 4.8 inch mega-iPhone. almost an iPhablet, don't sound right. With the iPhone 5 screen, Apple rejected the "bigger is better" school of smartphone design. Could they be changing their minds?
Larry Seltzer
Contributor
January 21, 2013

The rumor mill is starting to heat up with stories of the next Apple phones. Most of the names being claimed are unsurprising, like the iPhone 5S and iPhone 6, but "iPhone Math?" That can't be right. 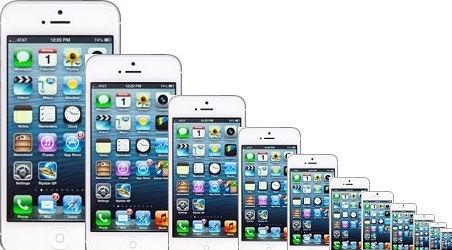 Hat tip to Richi Jennings' IT BlogWatch in ComputerWorld and all the people he cites.

It all starts with a translation on Brightwire of a China Times story, itself citing Taiwan-based Commercial Times. The story says two new iPhones will hit the market before the end of June and a third before Christmas. The first 2 will be the 4-inch iPhone 5S — probably a faster iPhone 5 in the same form factor, like the 4S was to the 4.

The second phone named is the 4.8 inch "iPhone Math." Two problems: The name is completely senseless, even as a code name, and 4.8 inches would be an abandonment of a clear marketing message for the iPhone 5: its choice of a taller, but not wider screen, was an explicit rejection of the growing screen sizes from other vendors, principally Samsung. A 4.8 inch iPhone comes perilously close to an iPhablet.

Many comments cited by Jennings suggest that the "Math" name is a mistranslation or misunderstanding and that perhaps the name is iPhone Max or iPhone Plus (or iPhone +).

The third model, not named but presumably the iPhone 6, will have a 12 megapixel camera.