Check out our partial bibliography of the prolific computer columnist and sci-fi writer Jerry Pournelle. These representative links should be enough to keep you entertained for some time.
Daniel Dern
Contributor
April 09, 2012
Jerry Pournelle has turned out columns, books, and articles on a wide variety of non-fiction and sci-fi topics over the last 40 years. Most of his non-fiction work is about science and computers. He's written science-fiction books both on his own and with fellow sci-fi novelist Larry Niven.

In the computer world, Jerry is best known as the industry's first and longest-running computer columnist for his "Chaos Manor" column for BYTE Magazine. He also wrote "A Step Farther Out" for Galaxy Science Fiction Magazine, many of which were collected into a book of the same name.

And collaborations with Larry Niven, such as:

Additionally, Jerry has edited a number of anthologies, including: 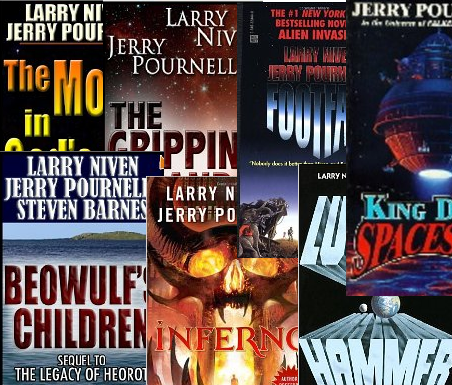