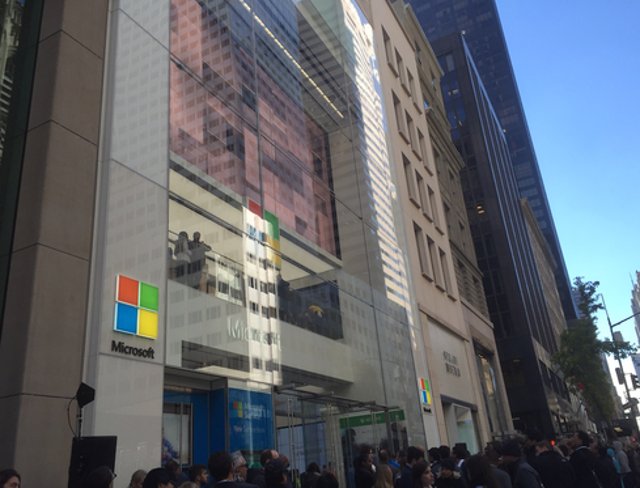 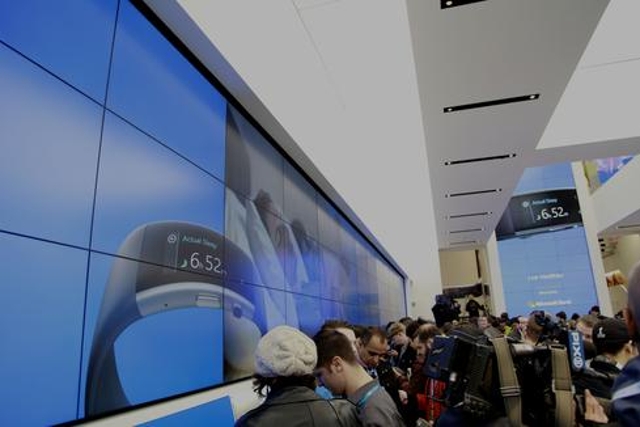 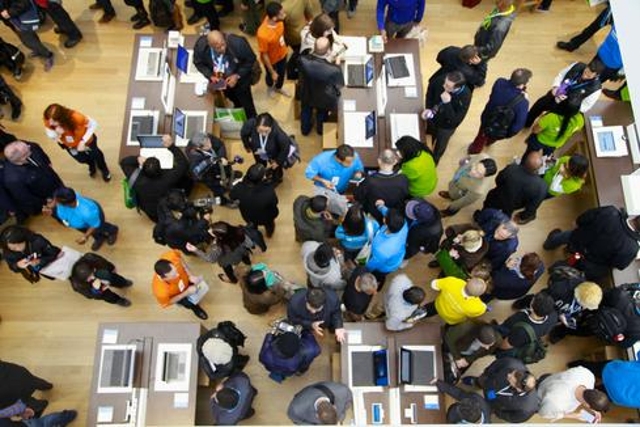 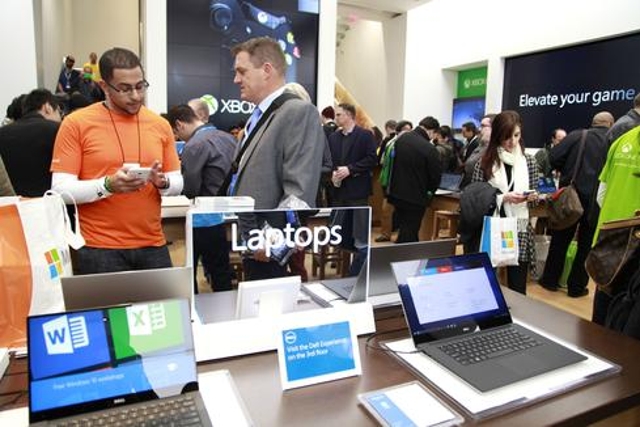 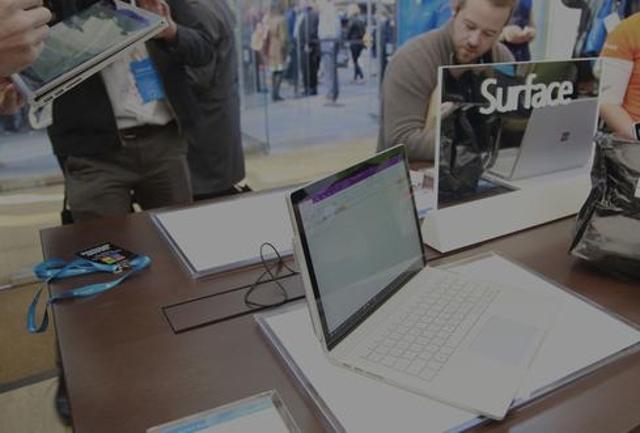 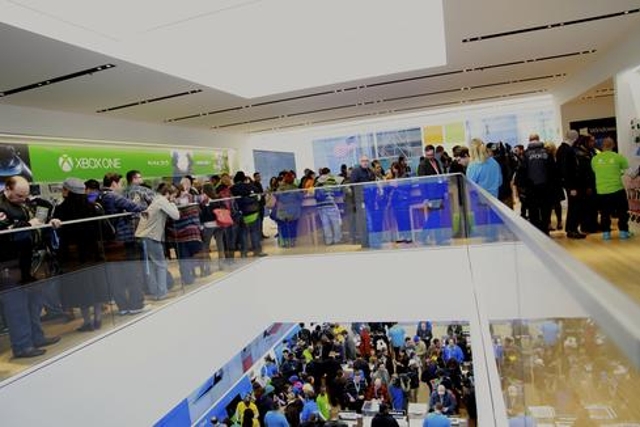 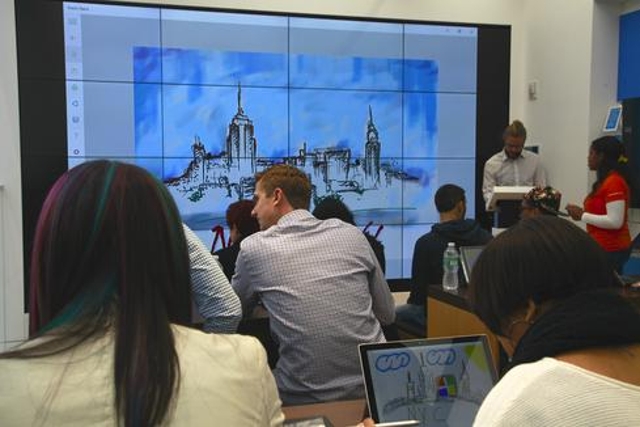 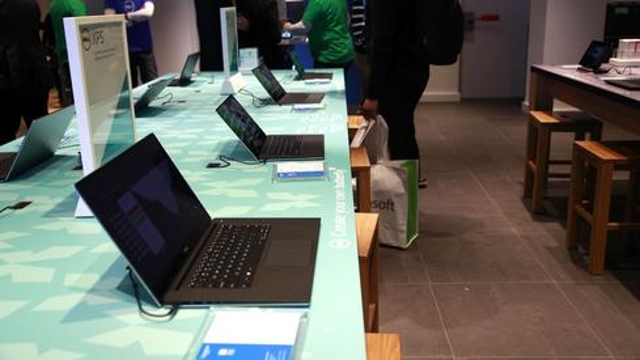 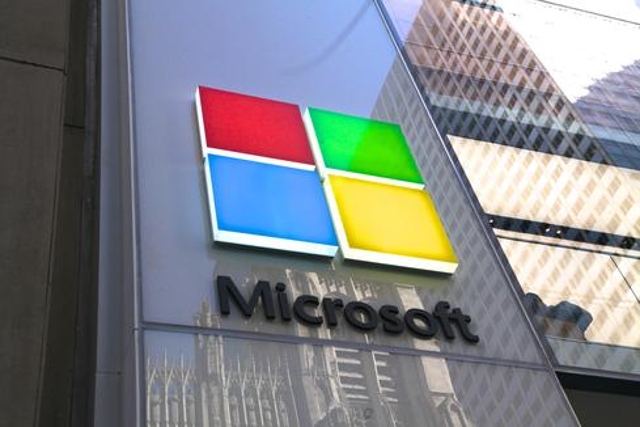 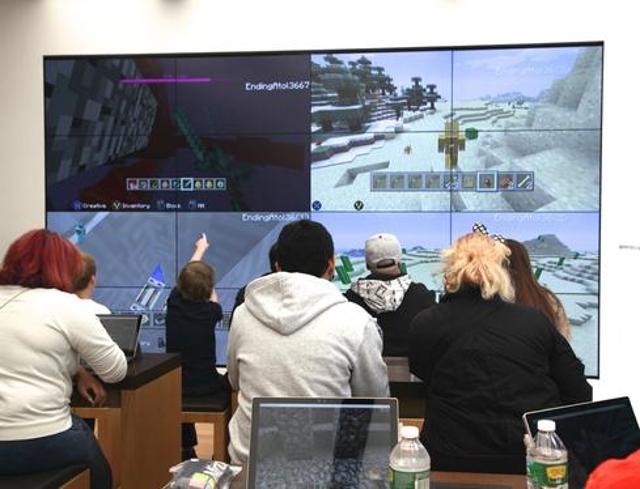 Microsoft's NYC store had its grand opening on October 26, the first day of general availability for its Surface Pro 4 and Surface Book laptop.

The Manhattan flagship is a monstrosity, measuring 22,269 square feet and spanning five stories. It's located at 677 Fifth Ave. between 53rd and 54th St., a short stroll from the iconic glass cube that marks Apple's retail store.

Microsoft, while primarily known for its software offerings, is making a clear push to boost its consumer presence. The flagship store is part of its efforts to increase customer interaction and put products in the hands of everyday consumers.

[ Surface in the workplace: Microsoft adds to Surface Enterprise program ]

"It is a concerted push to become a consumer brand, as opposed to a brand consumers know," Greg Portell, partner at A.T. Kearney, said in an interview with The Wall Street Journal.

Despite earnings results that reflect a decline in hardware sales, the tech giant is hoping to turn things around with a newly unveiled device lineup. Two of its new products – the Surface Book laptop and Surface Pro 4 – are generally available today, as well as new Surface accessories.

During its Oct. 6 hardware launch, Microsoft positioned its new laptop and upgraded hybrid against Apple's MacBook Air and MacBook Pro. Similarly, the layout of its flagship is reminiscent of Apple's many retail outlets, but with enough additions and variations that keep it from being a copycat.

Microsoft's largest store is a project several years in the making and doesn't fail to impress. There are several opportunities to test new products, learn about devices and services, and troubleshoot problems.

InformationWeek paid a visit to the NYC flagship on opening day to see the retail space in person. Here, we give you a firsthand look:

(All photos were taken by Kelly Sheridan)