Sandy A Grim Reminder: Back Up Your Data

Once again, disaster — this time Hurricane Sandy — reminds businesses and consumers that they should be backing up their data. Backblaze, a new online backup service, uses a fully encrypted system to back up your data and safely store it offsite.
Boonsri Dickinson
Associate Editor of BYTE
November 02, 2012

Websites such as Huffington Post, Buzzfeed, and Gawker were down temporarily after Sandy's wake, when water flooded their data centers, all of which are located in lower Manhattan. This is a reminder to Internet-based businesses to never have all your data in one location — or in two locations that could be affected by the same natural disaster.

Be sure to get backups in place before disaster strikes. It's important that the backups are at an offsite location, so you don't lose your backup at the same time as your original.

Loss of data could mean death to your business.

"Obviously much was destroyed in the storm — buildings, infrastructure, cars, lives," said Gleb Budman, cofounder of Backblaze. Many individuals and businesses will rebuild, but a large proportion lost irreplaceable data: photos of children, music collections, PhD theses, customer lists, and all sorts of other data,"

"With 90% of people not backing up data, this means much of that data is gone forever. For businesses, some will shut down due to this loss of data: 93% of companies that lost their data center for 10 days or more went bankrupt within a year, according to the National Archives & Records Administration. Data loss is often incredibly personal, but it also has a tremendous economic impact," Budman said.

Most customers of Backblaze — both individuals and businesses — use it to protect all their photos, movies and documents in case they have a drive crash, stolen computer, user error, or any of the other myriad ways data gets lost, said Budman.

Backblaze automatically backs up all data on Mac and PC laptops and desktops over the Internet. Backblaze offers a subscription service for $50 a year per computer, $95 for two years, or $5 a month. 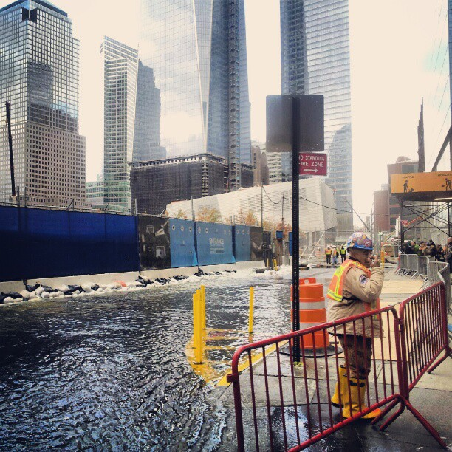 The company has a consumer service and a Backblaze for Business, which provides businesses with central management and reporting. Companies are using it company-wide and also in a BYOD environment, said Budman. Backblaze encrypts the data on your computer and then sends those files over an encrypted connection. The data also is stored encrypted.

There are, of course, other ways to back up data. The most popular is the old-fashioned hard drive, but that might not be the best choice, especially now. The Thailand hard drive manufacturing crisis has compounded the problem of hard drive shortages. It was estimated that up to 50% of the worldwide hard drive manufacturing capacity was lost or damaged in the flooding, causing the price of hard drives to triple in price. Then there is DropBox and Box, which enterprises are taking a liking to because of their security standards.

Budman says Backblaze has the edge over syncing services like Dropbox because "no one else has access to the data and it cannot be shared. Thus, it's very secure. For example, Crispin Porter+Bogusky, one of the largest ad agencies in the world — handling advertising for Microsoft, Old Navy, Domino's, Hulu — uses Backblaze to back up all of their laptops and desktops. So does IDEO, which you probably know as major a product designer for Apple, Samsung, and Walgreens."

Initial Backblaze backups take the longest. To see how long it will take you, you can visit Speed Test. As a rule, a 1-megabit-per-second connection can do 9 GB in 24 hours. Staying up-to-date after the initial backup is much faster.

Pricing is per computer. If you sync two iPhones with one computer, for instance, Backblaze will back up the data for both phones. It also automatically backs up your Dropbox folder, any connected USB or Firewire drives, and your iPhone data that has been synched to your computer via iTunes. It slowed down my Internet connection while my files were uploading, so be sure to back up when it's a down time for Internet use at home or at work.

How often do you back up your data? What backup system does your company use? If you have a BYOD device, what do you use?